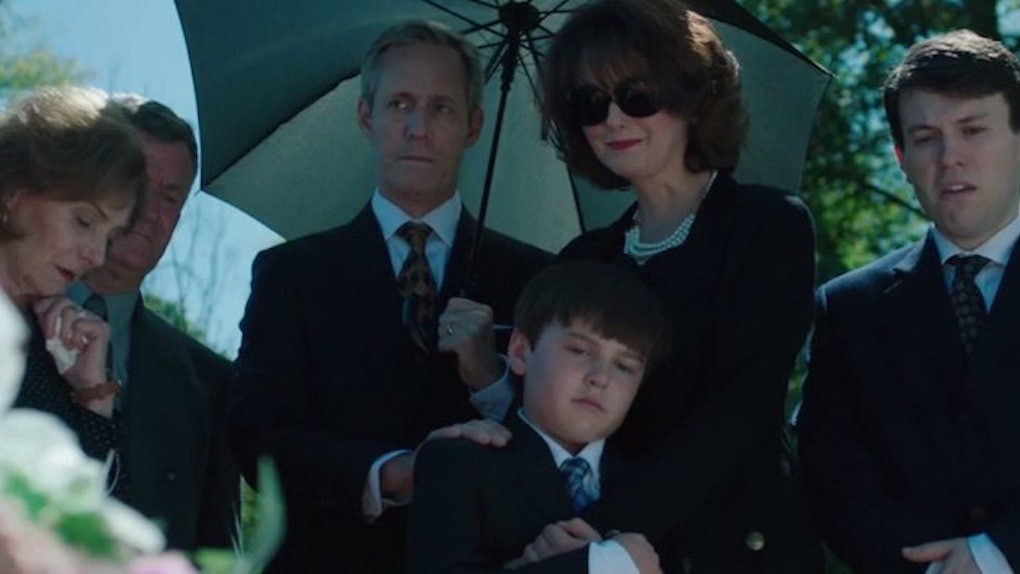 Get your popcorn ready because the first clip from Saturday night's premiere of Lifetime's "Who Killed JonBenét" is here, and it'll give you MAJOR goosebumps.

If you haven't been up to date on your JonBenét Ramsey news, you've got some catching up to do -- but I'll try my hardest to fill you in.

This year, there's been a wave of TV programs to honor the 20th anniversary of Ramsey's mysterious death in 1996. The 6-year-old pageant queen was found dead in her Boulder, Colorado home on Christmas Day.

In September, we witnessed the creepy AF documentary by A&E called “The Killing of JonBenét: The Truth Uncovered," which followed CBS' series “The Case Of: JonBenét Ramsey” in August.

On Saturday night, "Who Killed JonBenét" aired on Lifetime. Us Weekly provided us with a peek into the movie, and, damn, it's pretty chilling.

In the clip, John Ramsey -- JonBenét's father who is played by Michel Gill -- talks about finding the best way to present his image to the public following his daughter's murder.

He is shown speaking with Fleet White, his alleged longtime friend. White is shown trying to convince Ramsey to reach out to authorities so his image is cleared of suspicion.

In the clip, White says,

Hiding behind lawyers, PIs and crisis management firms is not the answer, John. You look like OJ in the Bronco.

We're not confident in how the police are handling this, and we're going to put up a $50,000 reward for info.

After a moment of disappointment, White reassures Ramsey his actions directly following the crisis will impact him for the rest of his life. He states,

What you do in the next 24 hours is going to define the rest of your life. You need to come back to Boulder and talk to the police. Patsy needs to talk to them. We do — we all do — to find out what happened to JonBenét... You're making it look like you're involved.

Still, JonBenét's father remains stubborn and states they've made an appointment to appear on CNN post-murder.

After watching this clip, I'm sure you're hooked on the case. Be sure to catch the full movie on Lifetime... and maybe, keep your lights on while you're watching.

Citations: JonBenet Ramsey's Dad Spies on Son Burke After the Tragedy in Sneak Peek at 'Who Killed JonBenet?' (Us Weekly)