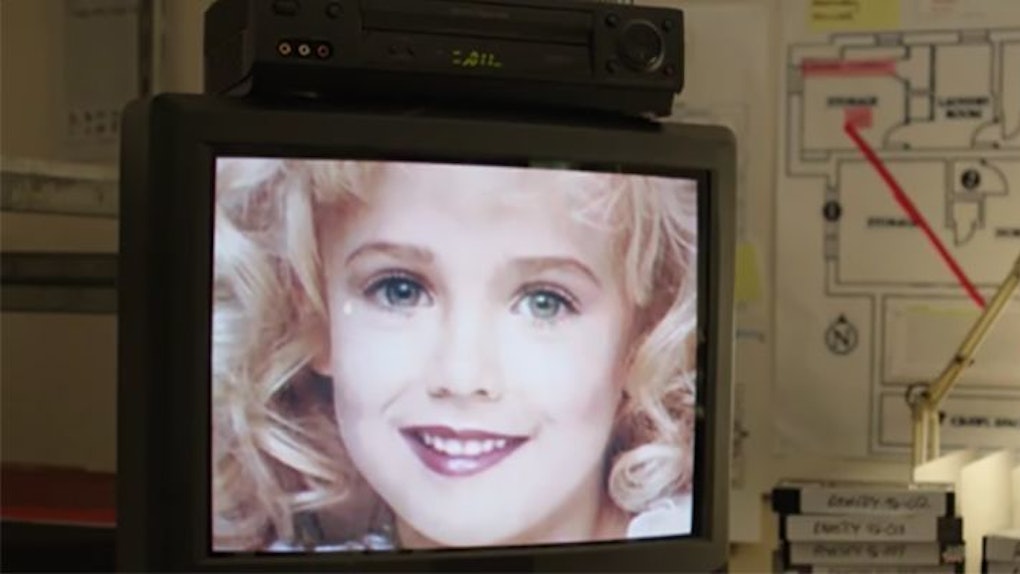 There's an upcoming film that will dive into the story and murder of JonBenét Ramsey, and the trailer for it is sure to give you goosebumps.

The trailer was released by the Lifetime channel, which will air the film in November in lieu of the 20-year anniversary of Ramsey's murder.

Here's the first look at the movie:

The trailer begins with an eerie message from the narrator, who is portrayed as none other than JonBenét Ramsey herself,

I was Little Miss Colorado. This Christmas I would be 26. But to everyone I'll always be 6.

According to The Hollywood Reporter, the film will begin with the 9-1-1 call that sparked the investigation into Ramsey's death, and it will examine the suspicion surrounding the involvement of her family.

Lifetime's film will be the latest production in a new wave of media coverage of Ramsey's story, with the public having regained an interest in the cold case.

To this day, Ramsey's murderer has not been discovered, despite the accusations that her parents faced.

What's more? Within the 20 years since the 6-year-old Ramsey was strangled to death, the shocking story has taken many twists and turns.

In 2008, her parents, John Bennet and Patsy Ramsey, were seemingly exonerated after DNA samples taken from JonBenét's underwear failed to produce a link to her mother or father.

In 2006, a man confessed to killing the child, saying that he sexually assaulted and drugged her, but his claims were later found to have been fabricated.

Now, however, with more and more coverage of the case surfacing, more and more speculation has followed. JonBenét's brother, Burke, became a point of interest during the week. Meanwhile, new details from the 9-1-1 call phoned by Patsy Ramsey also prompted more suspicion.

All in all, the story of JonBenét Ramsey remains a sad mystery, one that Lifetime plans to explore in November.

Citations: JonBenet Ramsey TV Movie Set at Lifetime (The Hollywood Reporter), Lifetime releases first trailer for film based on JonBenet Ramsey that will be narrated by the murdered beauty-queen's 'ghost' (Daily Mail)