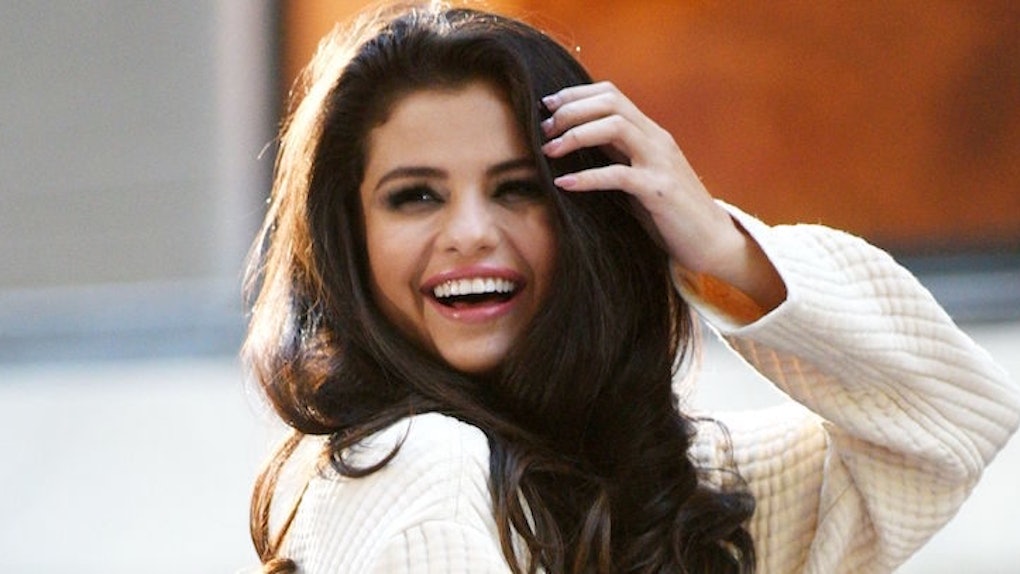 So there are the typical things you might expect a pop star to do before a performance.

She might eat a carrot or two from an elaborate veggie platter or meditate among scented candles and diamond-encrusted dreamcatchers in her dressing room. You know she definitely links hands with her backup dancers for a quick group prayer right before they all go on.

But Selena Gomez? She has a totally different warmup ritual.

In an Instagram post that has garnered 2 million likes in just 12 hours, Gomez revealed on Tuesday that she watches "Big Bang Theory" to get pumped before shows.

In the photo, you can see her watching the CBS show on her laptop while gearing up for a concert in Nashville, Tennessee.

As if we couldn't love Selena Gomez any more, she says in the caption,

The one thing that gets me going before anything... Sheldon Cooper -- Big Bang Theory.

We're thinking the title of her biopic should be "Selena Gomez: A True Nerd At Heart." And for a nerd who also posts pictures like these...

... you know it would be a legit blockbuster.

Apparently, her pre-performance ritual works like a charm because her show went off without a hitch. Her hit song, "Hands To Myself," even inspired her BFF, Taylor Swift, to show some serious PDA with her new boyfriend.

Now that's what I call a performance.