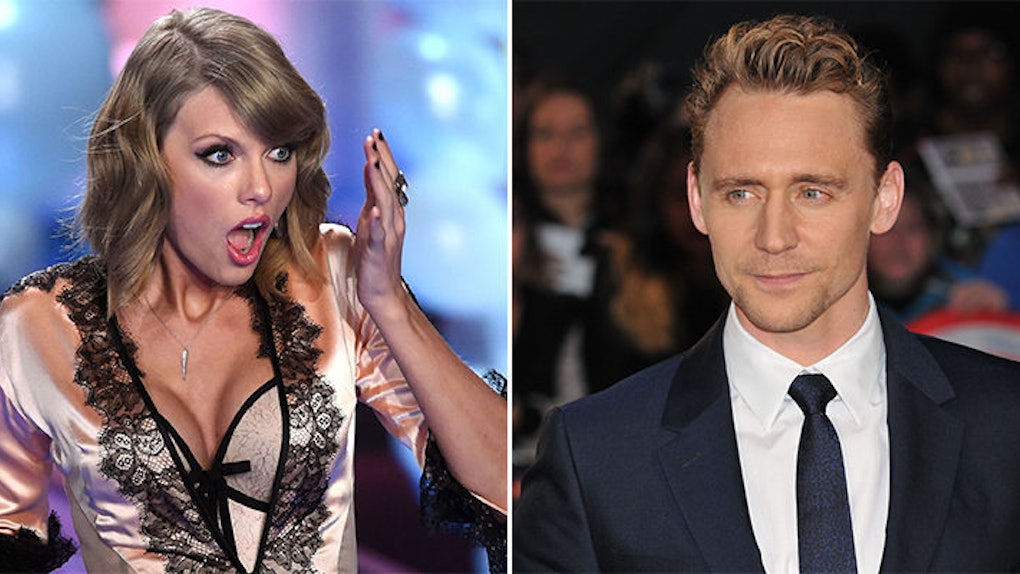 Taylor Swift is not afraid to show some PDA wit her new man, Tom Hiddleston.

The lovebirds were seen getting cozy at Selena Gomez's concert on Tuesday night. Taylor and Tom were getting jiggy during the "Same Old Love" performance alongside Taylor's BFF Abigail Anderson and her boyfriend, Matt Lucier.

BUT OK, there's more. After the concert, Taylor was photographed holding hands with Tom! They were leaving Nashville's Bridgestone Arena together when the pics were taken.

LOOK AT THIS INTIMACY. Taylor Swift and Tom Hiddleston just can't keep their hands to themselves.

They are so in love, it hurts. It's been the three best days of Taylor's life.

Taylor and Tom were also seen together waving to her fans.

Kudos to @taylorswift13 for taking the time to say hey to fans passing by with Tom! #RevivalTourNashville pic.twitter.com/1kdouB3rd8 — Taylor Swift Updates (@SimplySFans) June 22, 2016

Congrats to the happy couple on their first public appearance. We are so proud of how far you guys have come in such a little (seriously, it's been 24 hours) amount of time. Kisses!