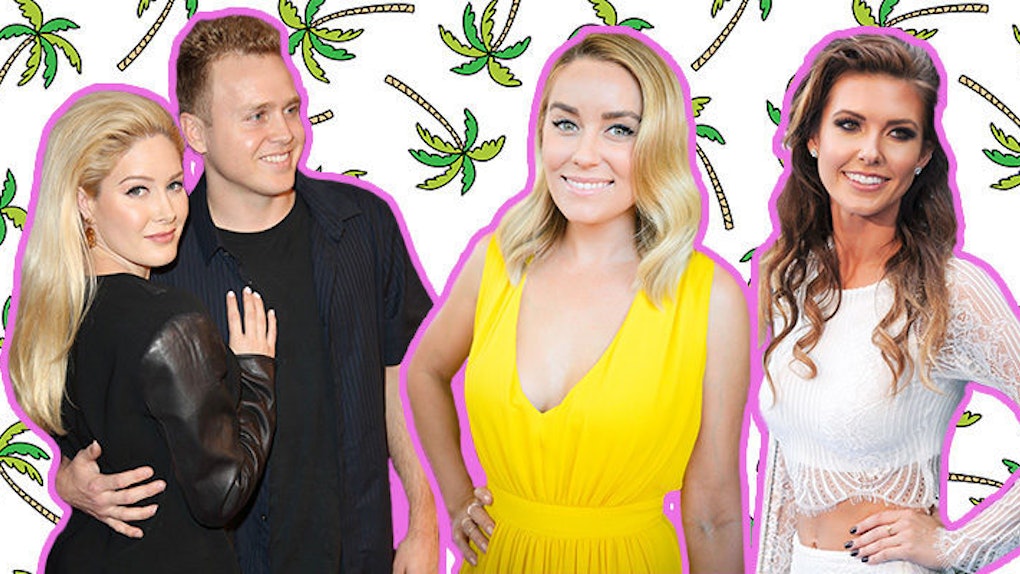 Tonight is a special night.

It's the night we all get to travel back to our teenage years and re-immerse ourselves in the locations, the people and the drama of "The Hills"... AND find out how much of it was actually ~REAL~.

OK, so, "The locations, the people and the drama are real," was actually the tagline for "Laguna Beach," but that's where we first met the gang -- Lauren Conrad, Kristin Cavallari, Jason Wahler and co. -- who went on to star on "The Hills."

Those people were a huge part of our middle school/high school/probably college years, and anyone who says otherwise is 100 percent lying.

For the 10-year anniversary special, "The Hills: That Was Then, This Is Now," we've been promised the inside scoop.

In the teaser, Lauren Conrad reveals,

So often we would say, like, 'If you knew the real story, you would understand.' And what I'd like to do is tell that story… We're going to take a look back at the show and reveal things that we haven't talked about before.

Naturally, we have a lot of questions. The series centered on a whole lot of controversy -- Speidi, looking at you -- and eventually, it became painfully obvious (for some of us it took longer than others) a lot of the hookups, fights and tears might have been just a tad forced (scripted?).

There is, however, one storyline that none of us have been able to forget in the last decade: Lauren turning down the chance of a lifetime to go to Paris and instead moving in with Jason for a summer in Malibu.

She's going to always be known as the girl who didn't go to Paris.

Lisa was right. It's 10 years later, and NO ONE IS OVER IT. We want to know: What's the real reason Lauren didn't go to Paris?!

OK, but knowing what we know about reality TV (you know, as mature adults who still totally freak out at the thought of binge-watching MTV), I think we have a lot of follow-up questions that go beyond just why she chose a boy over Paris.

Does Lauren regret the decision? Was the decision even real? Was Whitney always going to be the one to go?

Was that a fake offer? Did the producers tell her to move in with Jason? How long did she live at the beach with Jason?

What REALLY happened that summer?!

We need serious answers. So, we'll all be glued to MTV at 9pm EST tonight anxiously waiting to relive the big Paris drama and also to find out how much of "the rest" was seriously NOT unwritten.