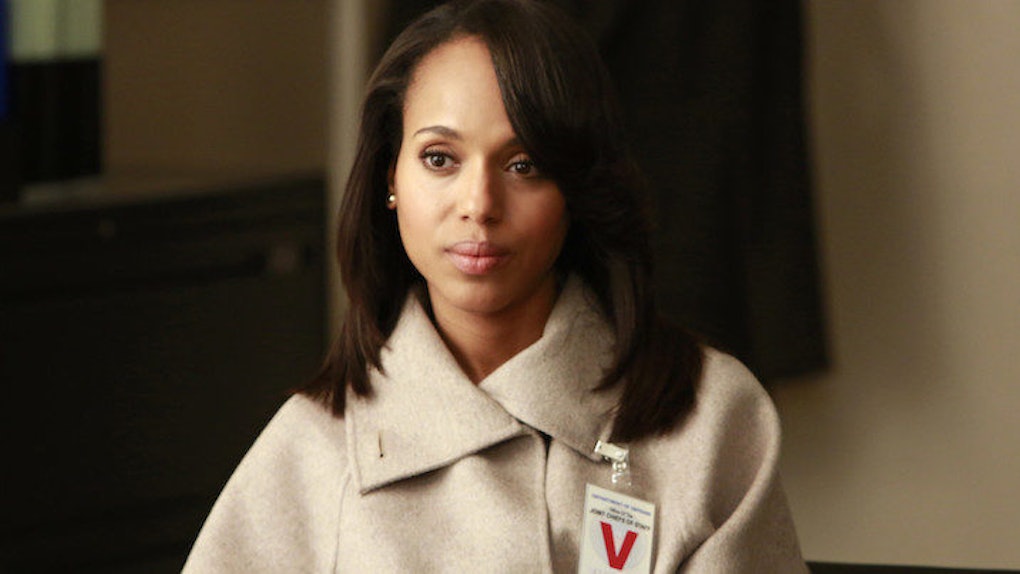 #TGIT: The 6 Most Badass Female Characters Of Shondaland

For those who watch TV, Shonda Rhimes needs no introduction. She has created, written and produced many hit TV shows and movies, but her current popularity revolves around the hugely successful TGIT, a three-hour block of pure Shondaland.

As she tweeted today, “#operate. #gladiate. #exonerate,” the night begins with the 12th season of "Grey’s Anatomy," followed by the fifth season of "Scandal" and the sophomore season of last year’s groundbreaking hit, "How to Get Away with Murder."

Shonda -- we’re on a first name basis, as I’ve religiously followed her shows for 10 years – is known for bold plot lines and tackling taboo subjects that most other primetime shows shy away from. Her diverse casts break boundaries and force society to address issues we’d much rather ignore. And she offers no apologies.

In particular, her female characters are masterfully crafted. They are neither the virgins, the whores, the wives, nor are they the obedient domestics. Instead, they are realistic, true, complex, intelligent and badass representations of real women.

In honor of the first TGIT of the season, let’s countdown Shonda’s six most badass female characters throughout the years:

(In a three-way tie for first place, we have the leading ladies.)

Mer arguably has the worst luck of anyone on television. She has survived a bomb, a shooting, a drowning and a plane crash, and she was left dealing with the death of her McDreamy at the end of last season. (Der, we miss you!)

She dealt with a distant mother, an angry father and a slew of long-lost siblings that kept showing up. Still, in spite of all this, she managed to become a groundbreaking surgeon, a great friend and an amazing mother.

Mer fights for what she believes in, and she isn’t afraid to break rules to help those she loves.

You don’t get to call me a whore. When I met you, I thought I had found the person that I was going to spend the rest of my life with. I was done. So all the boys, and all the bars, and all the obvious daddy issues, who cared? Because I was done. You left me. You chose Addison. I’m all glued back together now. I make no apologies for how I chose to repair what you broke. You don’t get to call me a whore.

No one wears a bigger white hat. Liv fearlessly leads the OPA gladiators through the scandal-ridden waters of the DC political scene. Meanwhile, she deals with a father who is arguably the worst and most dangerous person in the world, and a mother who is a terrorist for hire.

She also has to manage her love for Fitz – oh, just the president of the United States – and that comes with its own outrageous drama. Regardless, Liv is a fixer and rarely does anything for personal gain.

The only thing stronger than her determination is the red wine she often drinks for dinner.

I am not the girl the guy gets at the end of the movie. I am not a fantasy. If you want me, earn me.

1(c). Annalise Keating, "How To Get Away With Murder"

Okay, let’s talk about how unreal she is. As one of the top defense attorneys in Philadelphia, Keating takes several law students under her wing to teach them how to win the unwinnable cases.

She is a force of nature in all arenas, whether that be the courtroom, the classroom or her relationships.

She fights for those who can’t and takes risks to do what is right. Not to mention, the actress who portrays her, Viola Davis, just won an Emmy for Outstanding Actress in a Drama Series, becoming the first African-American woman to do so. And Davis gave one of the best acceptance speeches of all time.

Why is your penis on a dead girl’s phone?

Is there really anyone more hardcore than Yang? She is a cardio rockstar.

Remember when she operated for Burke when he had a tremor? And then when she turned him in for it? Or when she stayed with Owen and helped him through his PTSD?

Let’s not forget how she definitely should have won a Harper Avery, and then she decided to pick up and move to Switzerland to head a state-of-the-art cardiothoracic wing, started by Burke. She also managed to be Meredith’s person throughout the entire time they knew each other, and she gave her the best advice before she left:

Don’t let what he wants eclipse what you need. He’s very dreamy, but he’s not the sun. You are.

Have some fire. Be unstoppable. Be a force of nature. Be better than anyone here, and don’t give a damn what anyone thinks. There are no teams here, no buddies. You’re on your own. Be on your own.

It can't be easy to watch your husband love another woman. It has to be even harder to be forced to stay with him because he is the president of the United States.

Although often pitted against Olivia and Fitz, and made out to be the only thing keeping them apart, Mellie is every bit as badass in her own right. She has overcome rape, the death of her son and both professional and personal sabotage because of her connection to the White House.

She isn't a saint, but we can forgive her because of the incredible resilience she has, in spite of numerous setbacks.

You're supposed to hate the woman. Isn't that the standard trope? The seductress, the slut, the tramp who led your man astray. And I do. I loathe Olivia Pope. But it's a boring sort of hate. Uninteresting cliche. It's hard to even get my back into it. But... Fitz? I found him. I cleaned him up after that monster who raised him damaged his spirit. I am the one who told him he was someone. I am the one who cheered him on and listened to him ramble about his hopes and his dreams. I am the one who focused him. I did all the work, and now she gets to reap the benefits? No, no. I made him. He exists because I say he exists.

Ah, the red-headed wife we all loved to hate — and then just loved — on both "Grey's Anatomy" and "Private Practice." Addison arrived and quickly shattered viewers' hopes of a happily-ever-after for MerDer after season one.

However, throughout her few seasons on "Grey's," and even more so in "Private Practice," Addie reminded us all you can have everything. She is a double-board-certified surgeon in both obstetrics and gynecology as well as maternal and fetal medicine. And she often took extraordinary measures to respect her patients wishes.

On top of this, she ends up owning her own practice, and she relentlessly and heartbreakingly fights to be a mom. We're all happy Addie finally got her happy ending.

I perform life-saving surgeries on babies in the womb. I can certainly fix my own sink.