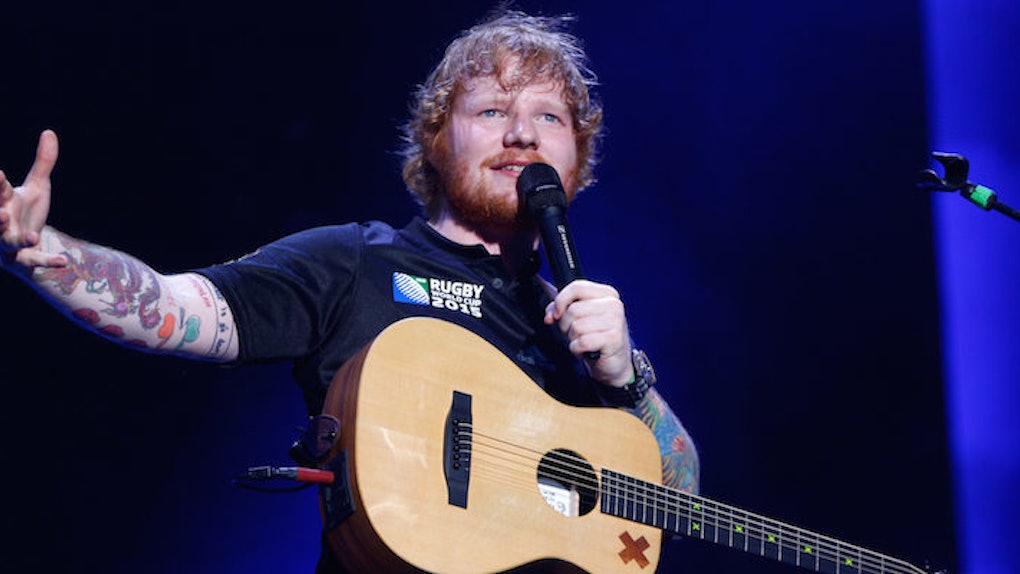 If you watched the Grammy Awards on Monday, you saw Taylor Swift TOTALLY freak out when her BFF Ed Sheeran beat her for Song of the Year.

When I say "freak out," I don't mean it in a bad way. Taylor literally couldn't stop jumping up and down because she was so happy for her best friend.

It was actually a very sweet moment, since you know, Taylor just lost. It really showed how deep their friendship is.

Two days later, it was Ed Sheeran's birthday. Taylor went to Instagram to post the most heartfelt message for her dear friend.

It was basically a mixture of "happy birthday," "congratulations" and "I'm so proud of you."

Here's the photo she posted on Wednesday night. https://instagram.com/p/BB6QpQWDvCQ/

Looking back on the highlights of my life, there's a moment I'll never forget from a day in London about two years ago. I was in town to play the O2 and I was out shopping on my day off. My friend Ed Sheeran met up with me in this little shop where I was buying ballet shoes. He walks in and says 'you have to hear this new song. I think it's the best one I've ever written.' And then, as usual, he pulls out his phone and gives me headphones. I sat there on a bench in that store and heard 'Thinking Out Loud' for the first time, as little kids were picking out tutus and leotards next to us. Little did we know it would go on to be first dance song at countless weddings all over the world, become Ed's biggest hit, and eventually go on to win him Song of the Year at the 2016 Grammys. Ed and I had been on tour together all year on the Red Tour and we saw each other almost every day. I lived for the moments he would burst into my dressing room with a new song to play me. It happened so often that it became normal, and I don't think he ever knew how much it meant to me that he wanted me to hear his songs first. I don't think he ever knew how inspired I was by his drive and passion to constantly create new art. But it's his 25th birthday today, so I'm saying it now. You deserve everything you have, and everything you will continue to achieve, Ed.And an extra congratulations to the incredible Amy Wadge on your two Grammys.

Not gonna lie, I'm tearing up a little bit. That was just so beautiful.

These two are super lucky to have each other, and I can't help but feel jealous of their friendship.