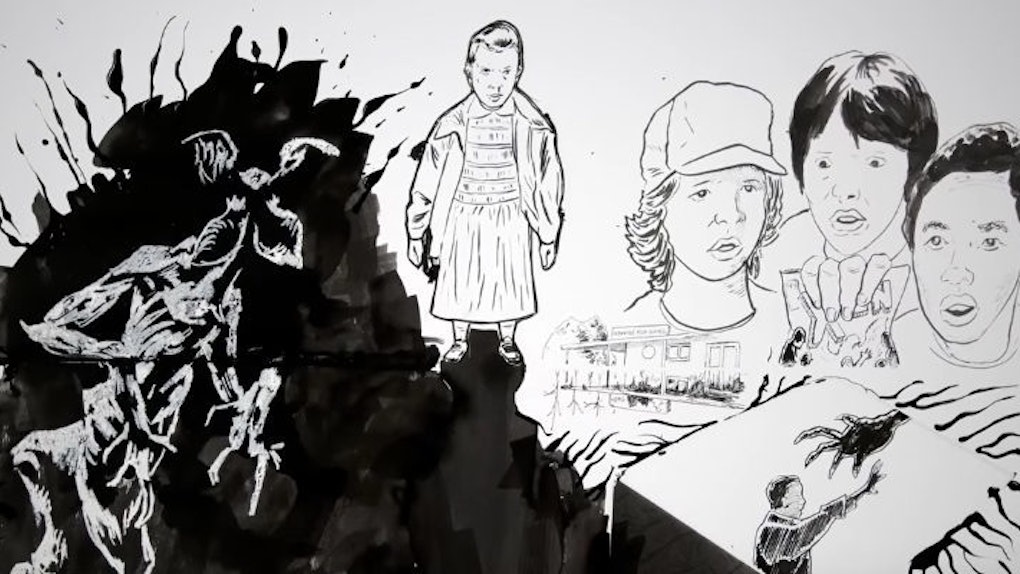 This 'Stranger Things' Theory About Eleven Is So Insane

Spoiler alert: I'm going to be talking about a lot of key "Stranger Things" plot points... and if the theory below is correct, I may even be spoiling a huge reveal that's to come in future seasons of the show.

"Stranger Things" fans have come up with a slew of theories, some more valid than others.

Like the theory about Eleven being Chief Hopper's daughter? No, just stop. Leave that poor girl alone.

Did the Monster kill JFK? Yeah, absolutely, I'm 100 percent onboard.

However, there's a theory out there that's just so crazy, it's probably completely and utterly true and seems like a move the Duffer brothers might make.

The theory, as stated by Uproxx, claims Eleven is the Monster.

Well, right off the bat, there's a moment in the show where Eleven literally tells Mike she's the Monster.

If this were a "Scooby Doo" episode, Eleven would be arrested and likely say, "And I would have gotten away with it, too, if it weren't for you meddling kids."

I'd say Eleven might be exaggerating, but in her words, "Friends don't lie."

There's also the fact that the whole freaking show deals with duality.

The Upside Down is the creepy, ash-ridden version of our world.

Likewise, the Monster may in fact be a manifestation of the darker, destructive parts of Eleven's psyche.

If I had been experimented on my whole life, my Monster would be huge (but we'd probably get along and play catch every now and then because we're chill like that).

Let's take a stroll down memory lane and recount the first time Eleven sees the Monster. It's not in the Upside Down, but seems to be in some recess of her mind.

Also, the way the Monster is eating reminds me of Eleven going to town on some Eggo waffles, am I right? Delish!

Next, there's the comic book Mike receives: "X-Men" #134. In this edition, mutant (and fellow telekinetic guru) Jean Grey has to deal with her two personas, the good Phoenix and the evil Dark Phoenix.

And then there's this bit of mirroring Eleven and the Monster do in the last episode of the season. They both outstretch their hands but their hands are actually (dun, dun, dun) opposite of each other.

Eleven and the Monster might just reverse sides of the same coin, as Uproxx puts it. They should definitely go as Dr. Jekyll and Mr. Hyde for Halloween, right?

I'd put this theory right up there next to the one we discussed earlier. You know, the hypothesis that Hopper's daughter actually saw something that made her have a mini-panic attack.