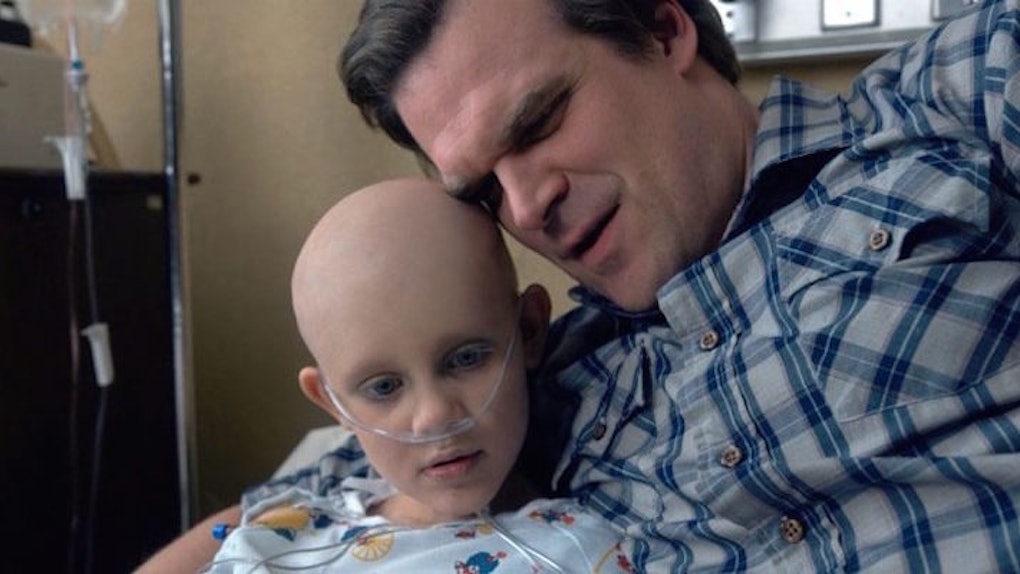 Netflix's sleeper hit of the summer, "Stranger Things," is pretty much all anyone is talking about these days. It completely overshadowed the much-anticipated "Night Of" and destroyed a lot of people's expectations for a sci-fi show.

But as soon as you watch one episode, it's so obvious why. The creators, known as the Duffer Brothers, found the perfect equation of supernatural happenings, good music, intriguing character development, suspense and, uh, more suspense.

By the end of the first season, I had SO many questions about the second — and a weird urge to listen to creepy electro music. I mean, what's going to happen to Will? Are Jonathan and Nancy ever going to ~happen~? (PLEASE.) What exactly happened to Chief Hopper's daughter, and did Hopper make a deal with the "bad people"?

Well, the actor who plays Hopper, David Harbour, inspired an insane theory about his character's daughter during a Reddit AMA, and it sounds like this theory may lead to some answers.

Since we only see Hopper's daughter through his brief flashbacks, we don't know much about her. By the end of the first season, it was clear she died of what could be cancer, but it's never explicitly stated in the show.  So, during the AMA, a fan asked,

Do you know what specifically Jim's daughter died of in the show?

Yes, but it's a secret we may explore in s2, so don't wanna say right now.

UM, a secret?? His answer says so little but, yet, SO MUCH. If the cause of her death really is a secret, it probably is much more than cancer (if not just not cancer at all), as many Redditors have theorized.

Harbour's response also made fans recall one flashback in particular. You know, the one where Hopper's daughter seems to have a mini-panic attack. Well, now Redditors are saying it may not have been a panic attack at all and was actually her reacting to something she saw. She DID keep looking around frantically. Really. Go back and watch.