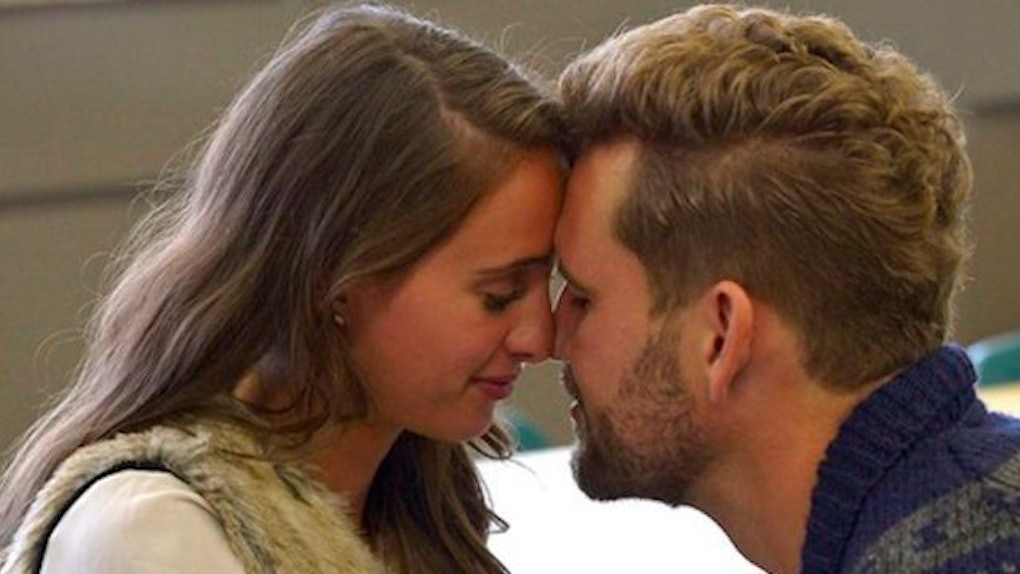 Signs Nick Viall & Vanessa Would Break Up Were Everywhere, According To A Dating Expert

Nick Viall and Vanessa Grimaldi became a Bachelor statistic today when they announced their breakup in a joint statement to E! News. And according to dating experts, signs Nick Viall and Vanessa would break up were just about everywhere. It's always sad, but also not very surprising, when a couple from The Bachelor breaks up. No matter how much we root for them, not many couples make it, and we are all left to deal with the aftermath of a so-called great love lost (and the naive belief that love will blossom again next season).

Alessandra Conti, Celebrity Matchmaker at Matchmakers In The City, was shocked Nick and Vanessa lasted as long as they did. She believes their fate was sealed during Nick's After the Final Rose ceremony: "Typically, the contestants are beaming with pride and joy about their ability to come out to the world as a couple. Nick and Vanessa seemed somber and stoic," she says. "They consistently told media that their relationship was 'hard' and that they were working on it. The beginnings of a relationship should be fun and easy, filled with hope, happy moments, and excitement. If a relationship starts out being difficult, there is little hope for smooth sailing for the rest of the relationship."

We all remember that After the Finale Rose episode. It was definitely relatively depressing, especially when you think about all of the other depressing ways that Nick and Vanessa described their relationship as they continued their press tour. Maybe they knew all along that this would suck.

Susan Trombetti, matchmaker and CEO of Exclusive Matchmaking, tells Elite Daily that Nick and Vanessa broke up during the "make it or break it" period of their relationship, aka the first three months. This is when most couples who don't make it for the long-run end up breaking up anyway. "If you take out the publicity part of their relationship when it was just the two of them, [they were dating for] about three months," she says. "Most relationships have their first real fight at the three-month mark and don't make it."

And what probably didn't help them during this crucial initial period was the fact that they really did seem to butt heads a lot. Conti believes Nick and Vanessa were "a bit volatile with each other" during Nick's season, and very clearly had different life priorities: "Vanessa's Achilles heel was that she had the inability to compromise; she had a rich life in Canada working with special needs kids, and a very strong relationship with her family that she would feel lost without. Nick, on the other hand, was more willing to do what it took to make their love work, but ultimately had eyes for living in Los Angeles and riding out his wave of fame."

And of course, you can't forget the fact that this is a reality television show, and that in and of itself definitely does not bode well for actual, real-life romance. "Is anyone really ever surprised when the Bachelor and his pick splits?" Trombetti says. "It's the producers [who] push these relationships for TV. It's a TV engagement that is left to fend in the real world with no real relationship." Then, the publicity part of the relationship comes in and low-key ruins everything. "Neither know what they are in for until the show airs, and then, [they] are hit with a ton of TV appearances," she says.

Conti adds that you truly can't ignore just how much the celebrity and notoriety aspect of The Bachelor can affect relationships: "With social media making the contestants of the franchise much more attainable and ubiquitous in the lives of fans, there is a kind of 'insta-famous' element that happens when a couple exits the show," she says. "The paparazzi are all over them, beautiful women are sliding into the men's DMs, and the temptation is at an all-time high, because there are so many women throwing themselves at the men. The mix of all of these issues makes for an almost certain demise."

Hmmm. While there's no indication that Nick cheated, behaved in any suspicious ways, or let the fame get to his head in an unhealthy way, this is definitely an interesting theory. After all, just a few years ago, Nick was an extremely normal nobody. Vanessa, too, was a nobody as recently as one year ago. Fame has to do some damage to regular humans.

As we experience the loss of another Bachelor couple, I guess all we can do is wait and see what'll happen next. Will Nick be the bachelor again or keep up with his company, The Polished Gent? Will Vanessa continue with her charity, No Better You, while posting back up in Canada? Will ABC make any changes to ensure that Bachelor breakups stop happening so damn frequently? Probably not, but hey, one can hope.