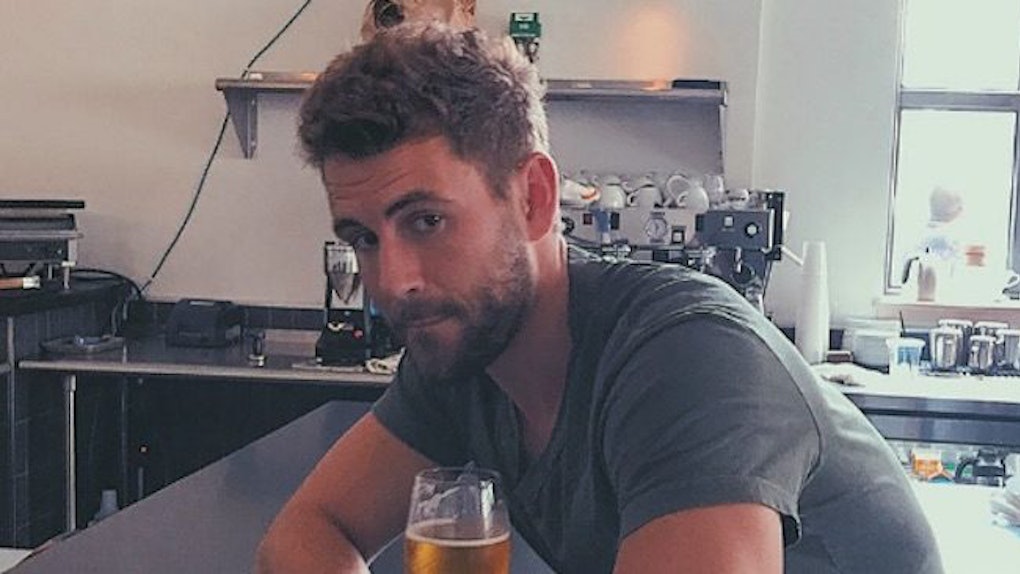 Will Nick Viall Be ‘The Bachelor’ Again? Fans Speculate After His Breakup

Now that Nick Viall and Vanessa Grimaldi have called off their engagement, will Nick be the next Bachelor? The timing of the breakup is a little curious and we all know that old trusty Nick is no stranger to the franchise. Third time's a charm?

The rumor mill is a-churnin' about who will be the next dude to give out those coveted roses and Nick could be the one to make Bachelor history by playing the show's leading man yet again. Bachelor Nation didn't need a psychic to foresee that Nick and Vanessa's post-show chemistry was a bit... well, off. Anyone with a pulse who watched their After the Rose special could speculate that trouble was brewing for the duo. They appeared to come off miserable in the moments when even the most "they're not gonna last" couples are typically brimming with a giddy beginning-of-the-real-relationship glow.

Nick has become The Bachelor's resident whack-a-mole -- he just can't quit the show and has made appearances on practically every iteration of the ABC juggernaut. He wasn't exactly the fan favorite on Andi Dorfman's season of The Bachelorette but then went on to redeem his character and endear audiences more on Bachelor in Paradise. Then he went on to become The Bachelor and propose to Vanessa.

The question now is if he would be interested in a second shot at the job of finding a wife on national TV. Maybe this newly single guy wants to go back to BIP and have some fun in the sun instead. His most recent Instagram post is basically a beaming review of his experience there. A subtle wink at casting producers, perhaps?

Based on Nick's history, we can't imagine him slipping into the shadows post-split with Vanessa. Maybe Chris Harrison will have him stop by for "the most dramatic" bro chat in series history. Maybe he'll show up in Paradise. Or he'll become the Bachelor again, or at least make a cameo on an upcoming season to shake things up. Your move, producers.