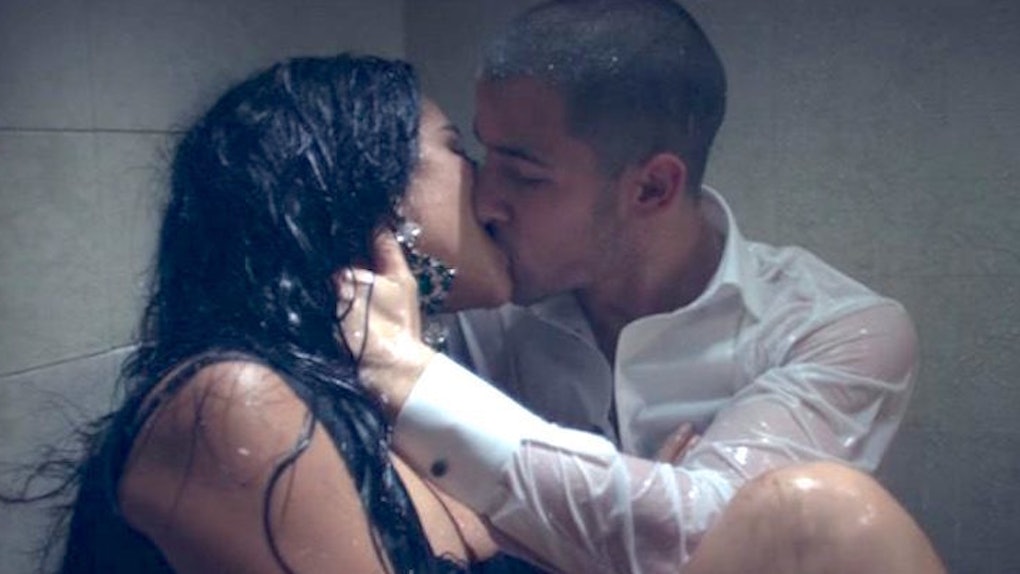 Shay Mitchell and Nick Jonas are probably the hottest couple of all time.

The two starred in Nick's music video for "Under You," and it was the sexiest thing I've ever seen.

Nick and Shay play ex-lovers who are fighting but then meet up to have an intense makeout session in the shower.

I went about .2 seconds into the video before drooling everywhere. It seriously was that hot.

Here's a little sneak peek if you haven't seen it yet. YEAH, I WASN'T KIDDING.

Wait, sorry, one more. THOSE BACK MUSCLES, THOUGH.

So was all this chemistry real? Did Nick and Shay fall in love? Are they dating? Did they get married and have 3,942,933 babies together?

Well, Elite Daily got the chance to sit down with Shay Mitchell to get the details about her current relationship status with Nick Jonas.

Before shooting the video, Shay didn't really know Nick at all. So how did the two go from complete strangers to sexy makeout shower buddies? Shay explained,

His team called my team and they asked! And I, of course, wanted to hear the song first and I fell in love with it. I mean his whole album is amazing but 'Under You' is obviously my favorite. I was really excited, I thought it would be fun and different from what people see me do on 'Pretty Little Liars,' and it was just a really fun collaboration.

OK, SO WHAT ABOUT NICK? WHAT'S THE SITCH, SHAY? Fill us in.

Nick is a friend of mine now, he's awesome. It's just really cool because we collaborated on something like that... I've only seen him twice after [shooting the music video] since we're both so busy, but he's such a great person and it was really fun to work with him.

AHHHHHHHH. Steamy. It sounds like the whole thing really made them closer. So Shay, can we look forward to any collabs with Nick Jonas in the future?

Sure! Maybe another music video?!

Sounds good to me!

You can check out the full music video for "Under You" below.