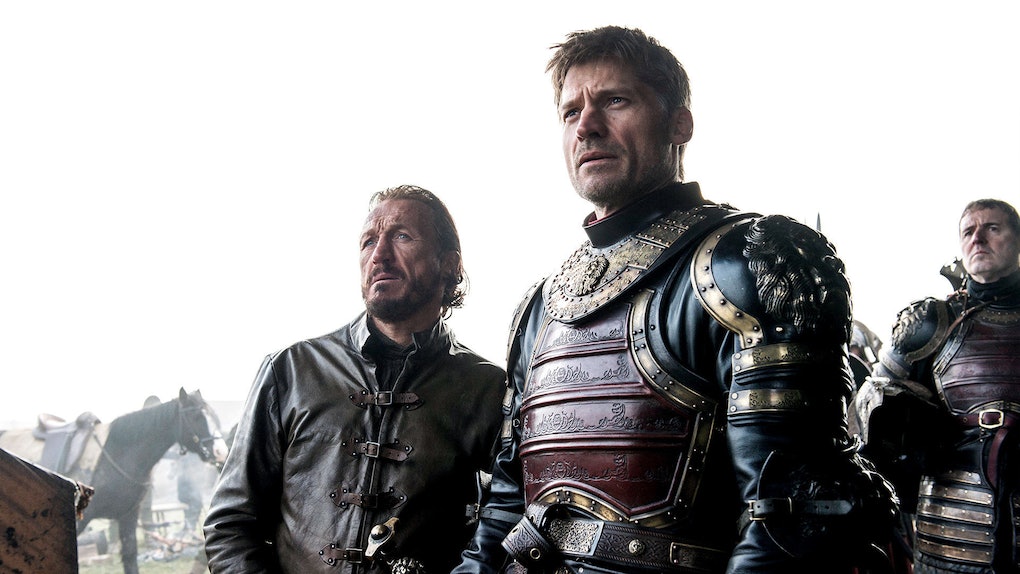 My husband came to bed last night with the same energy he feels at the end of college football season: shock, disbelief, excitement and sadness all radiated from his post-"Game of Thrones" finale experience.

You see, my husband and I are usually on the same page when it comes to our long list of shows and binge-watching habits, but when it comes to "Game of Thrones," my page was straight outta room, all used up and not accepting new customers.

I know what you're thinking; I must be insane to not appreciate the storyline and depth of all that the "Game of Thrones" series entails. At least that is what I've had to hear from my better half every Sunday night for the last couple of weeks. And I get it, trust me. It's not that I don't think it's great, so relax. In fact, from a visual, cinematography perspective, it's pretty damn cool.

The problem is me. It's all me. I take full responsibility for my lack of "GOT" passion. I am nothing more than a "Game of Thrones" dropout. A quitter, if you will.

Here's the thing. When I met my husband, I knew he was a fan, so I quickly got on board. Or at least I tried my hardest, watching every season patiently and full of hope, just waiting for things to click and make sense. Each episode would conclude and I still had no clue what was happening, could not remember the names of characters (except for Cersei, she's a babe), and felt as if I needed a Cliff's Notes rundown of what I had just spent an hour trying to decode.

But after years of trying, it just never happened. Like those brave souls who venture to the top of Mt. Everest time and time again, only to reach base camp, I knew it was time to throw in the towel when the hype about Jon Snow possibly being alive at the beginning of this season meant absolutely nothing to me.

“Jon Snow, who IS that?” I thought to myself as the hype began to circulate on Facebook a few months ago.

I was empty inside.

I couldn't, for the life of me, figure out what my problem was. My husband and close friends couldn't handle it either. How dare I not treat "Game of Thrones" with the same passion I've treated every other show that came before it? I knew there was no hope left for me at the start of this season. Nothing. Simply because, even with my double master's degree, slew of professional certifications and my success in business, I have no idea what the hell is going on. And my husband, bless his "Game of Thrones"-loving heart, ran out of patience to try and explain things to me a long, long time ago.

So naturally, I woke up today to a slew of posts about last night's "Game of Thrones" season finale, and all I could feel was jealousy. Straight up FOMO for having missed out on whatever epic sh*t occurred between the hours of 9 pm and 10:30 pm. I waited in the bedroom, answering emails and getting a head start on this week's to-do list, as if I wasn't totally interested in what all those noises were that were coming from my living room.

And when my husband came down from his “King of the North” high and I asked him how the show was, he looked at me as if I didn't deserve to know, and I guess I don't.

Because I'm nothing more than just a "Game of Thrones" dropout.