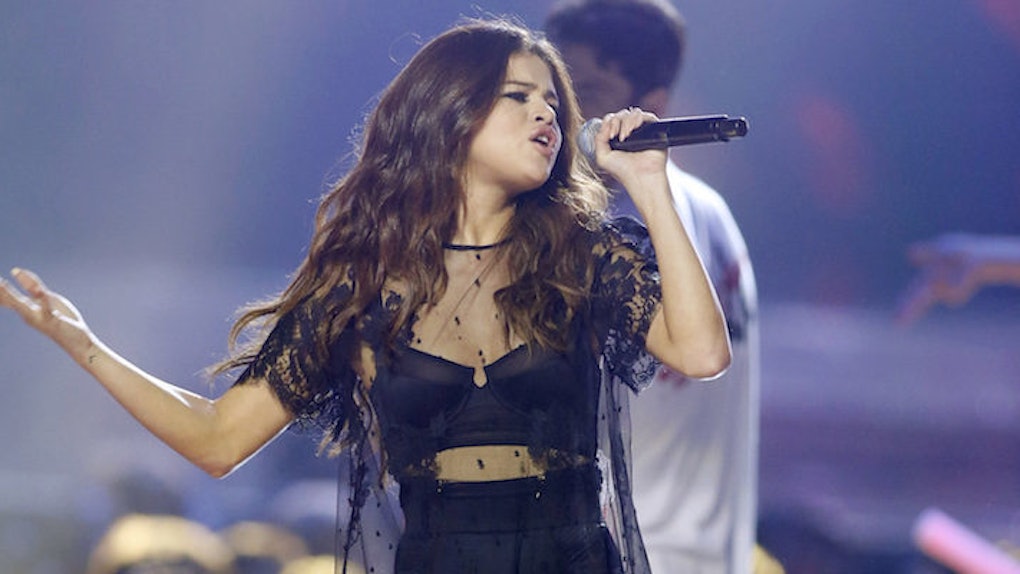 Unless you have a butt-load of money, a parent who works as a high-powered Hollywood agent or you're the 103rd caller on Q103.3 “StinkMan and the Burger” morning show's ticket bonanza giveaway, there is a good chance you'll never attend a high-profile celeb meet-and-greet.

They're just too expensive and too rare. Sure, you may run into someone like Taylor Swift or Adele on the street, but let's be real, the closest you'll come to a celebrity is being in the nosebleed section of a stadium he or she is performing in.

Selena Gomez has a way of fighting against this reality by hosting massive, public meet-and-greets outside of concert venues. Sure, you could still drop an extra $566 to meet her in person, but Gomez's dedication to bringing the whole Selena experience to a wider base of fans has become a staple on her tour.

Unfortunately, that may be coming to an end, according to an Instagram post after the Calgary stop on her tour.

Calgary, Canada ALSO: meeting you guys after my shows has been such a highlight.. but because your safety is priority and most important if we can't keep them contained I'll have to stop. I'll do it for as long as I can, but you matter most. Love you guys. Can't wait to see you Saskatoon

So, that ends that. Thanks a lot, CANADA. I don't know what you did to creep out Selena's security team, but you really gravy'd the poutine (the Canadian version of "screwed the pooch") for the rest of us.

Let's not harp on that, though. Let's just take a minute to pay tribute to how cool her meet-and-greets were when they were around.

True patriot love in all thy sons command. (Vancouver)

In Selena's defense, canceling meet-and-greets isn't exactly out of the ordinary, and a certain ex-lover of hers kind of pulled this same exact move a few months ago with a near-identical Instagram post.

His reasoning for canceling was a little bit different, though. He wrote,

Love u guys.. I'm going to be canceling my meet and greets. I enjoy meeting such incredible people but I end up feeling so drained and filled with so much of other people's spiritual energy that I end up so drained and unhappy.. Want to make people smile and happy but not at my expense and I always leave feeling mentally and emotionally exhausted to the point of depression

The common thread here seems to be performers going above and beyond may be cool in theory but really creates some major logistical issues.

Looks like we'll all just have to go back to hoping we win big on "StinkMan and The Burger" morning ticket bonanza giveaway.