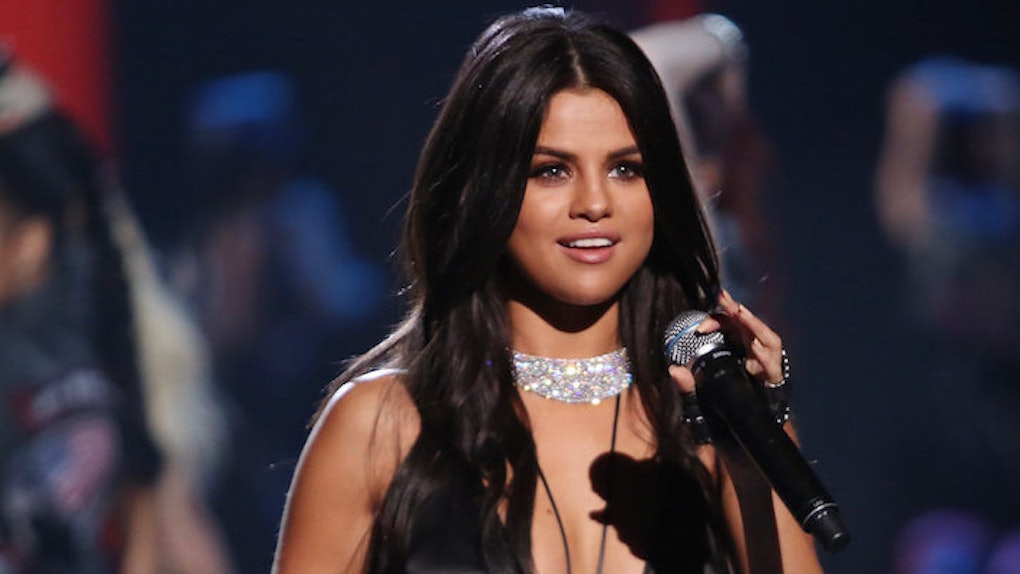 Hopefully Justin Bieber is taking notes from his ex-girlfriend because Selena Gomez's onstage tumble looked a lot less painful than his.

On Sunday night, during a performance of her Revival World Tour in Tulsa, Selena was in the middle of singing "Kill Em With Kindness" when she stumbled and fell.

No worries, though — she totally handled it with grace and poise.

She managed to catch herself before she went all the way down and she bounced right back with a self-deprecating quip and everything. She did Tina Fey proud, probably.

Selena Gomez is the only person who can fall in front of thousands of people & still be cute pic.twitter.com/b915Y4dGqh — rene bean (@serenamaria) June 20, 2016

Selena laughed and joked to the crowd,

First fall on the whole damn tour, can you believe it in Tulsa, Oklahoma?! Well I'll be damned.

See? Humor and gracefulness, what a champ! She even got a weird dig at Tulsa in there!

Again, hopefully Biebs can learn a thing or too about falling technique from Selena. Compared to the Justin Bieber fall last week, the Selena Gomez fall looks incredibly tame.

I mean, dude straight up just walked off the stage. That did not look pleasant.

To be fair, like Selena, Justin also defused the tension with a joke to the crowd after he got back up.

According to E! News he said to the audience,

Good thing I'm like a cat and landed on my feet. That scared the fuck outta me.

Next time he just has to learn how to catch himself.

Well, I guess those two are still kind of on the same wavelength! And that wavelength is hilariously falling on stage.