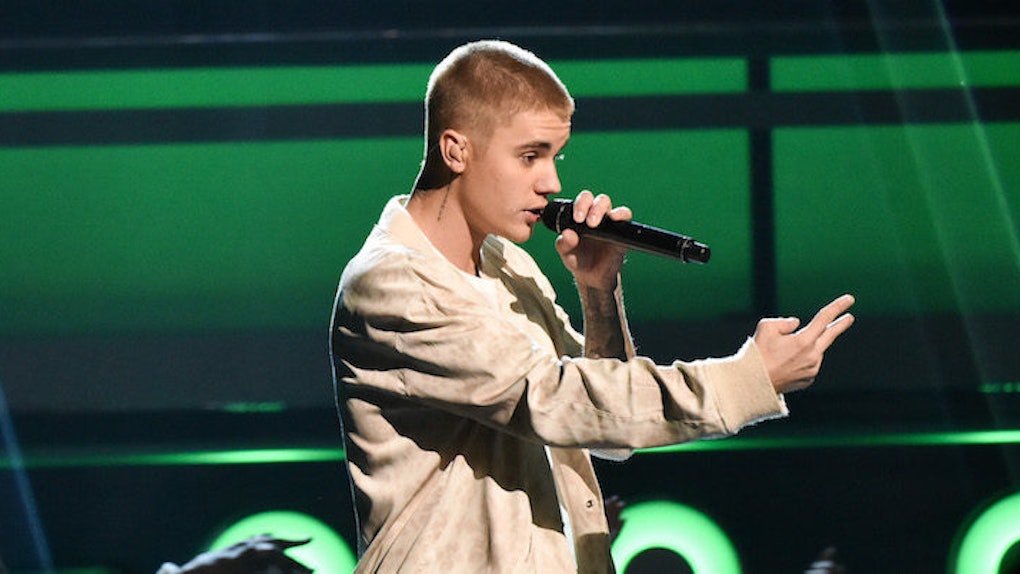 Justin Bieber Fell Off The Stage Last Night, And We Can't Stop Watching

Um, Justin Bieber, ARE YOU OK?

Things for Justin have been kind of rough lately.

The 22-year-old singer recently got beat up by some guy twice his size, and now there's footage of him completely wiping out on stage during a performance.

He was singing in Saskatoon, Canada when the accident happened, just in case you were curious.

I don't mean to laugh at you, JB, but LOL!!!! The video is just too hilarious -- it's impossible not to crack up. Hopefully he wasn't severely injured or else I'm going to hell.

Below check out an Instagram of the exact moment Justin Bieber fell off stage. It actually looks pretty painful.

You can see him walking toward the back and then POOF! WHERE'D HE GO?

His fans captured multiple angles for your viewing pleasure.

They also found it pretty hysterical.

JB is basically a magician now. He found his calling. This is it.

The video seriously never gets old. I'm gonna show this to my grandkids one day.

POOR KID! I feel kind of bad for laughing at you, JB. Is it too late now to say sorry?