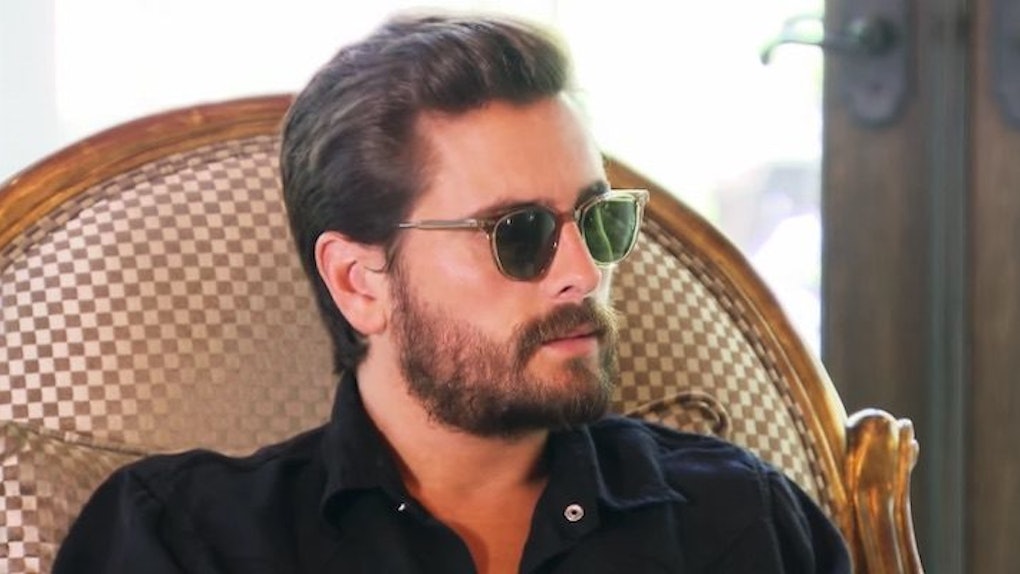 Scott Disick Says There's Only One Reason He Hasn't Killed Himself

Over the past year, a lot of sh*t went down with Scott Disick and the Kardashian family.

Scott had quite a lot of drama in 2015 -- from his breakup with Kourtney to getting involved with other women and partying hard.

However, even when times got pretty rough, it was hard to not feel sorry for what happened between him and his family.

According to E! News, he admitted to the women,

I realize I'm in the wrong, I've been in the wrong a long time... It's just been a really hard time going from having all of you guys to having nobody. I'm living in a house by myself, I want to pick up the phone and call my [deceased] mom and dad… I'm just so ashamed that I publicly embarrass all of you. It kills me to the point that I feel like I can't make it up.

I've never been this unhappy in my life, you know. It's just terrible. If I didn't have those kids, I would kill myself. But I have them and I'm going to be here and I'm going to make it right for them. I just hope that somehow… God can like, give me a chance or us a chance at this... It's weird to lose that many people that quick, you know?

It was evident the family was overcome with a lot of emotion during the chat. Kris Jenner reportedly told Disick,

We all love you very much. It breaks my heart to see [Kourtney] in pain. It's one of the hardest things you can go through as a mom... You have to make the decision that what you want is to be a partner and a dad and involved and present and committed and you fight for what you want and you need and you love.

You can check out a preview of the conversation in the clip below.