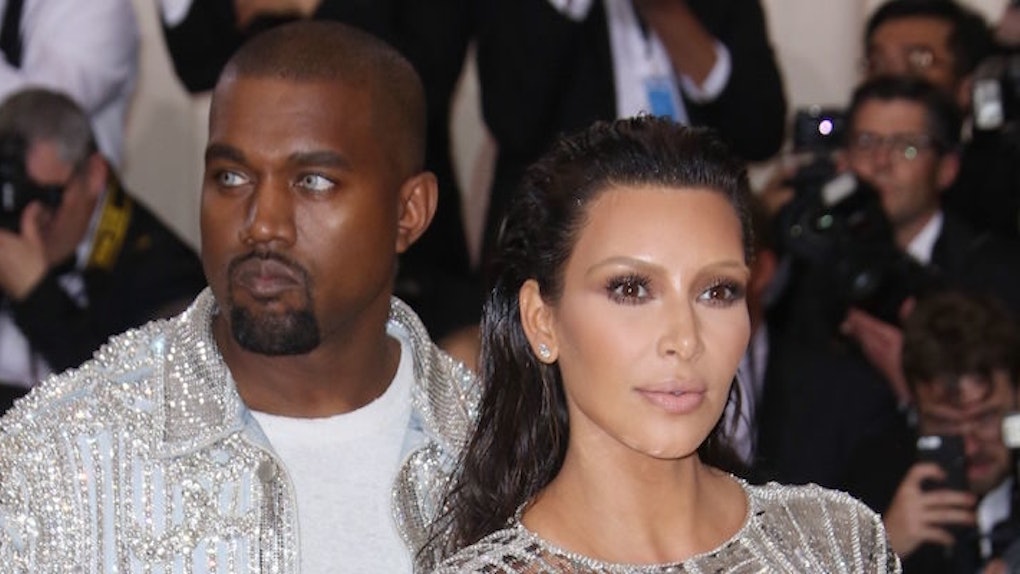 GUYS, we finally have proof Saint West is a real child, alive and healthy! HOORAY!

Kim Kardashian and Kanye West's second child finally made his first public appearance on Friday. And spoiler alert: He is really adorable.

LOOK AT THOSE LITTLE CHUBBY CHEEKS!

The photos were taken of Saint being carried around by Papa Kanye on the West family trip to Cuba. Kanye was carrying Saint in his arms on the way from a car to his hotel room.

This is the first photo of Saint since the beginning of March.

I mean, the kid came into the world way back in December and we've gotten three measly pictures! He's already 5 months old!

Considering Saint's a Kardashian, that must be some sort of record for NOT having his picture taken.

But now we can finally stop speculating about where the heck this baby's been for the past four months or so.

He looks perfectly happy and healthy, and probably having a grand old time with his big sis, North, growing up filthy rich.