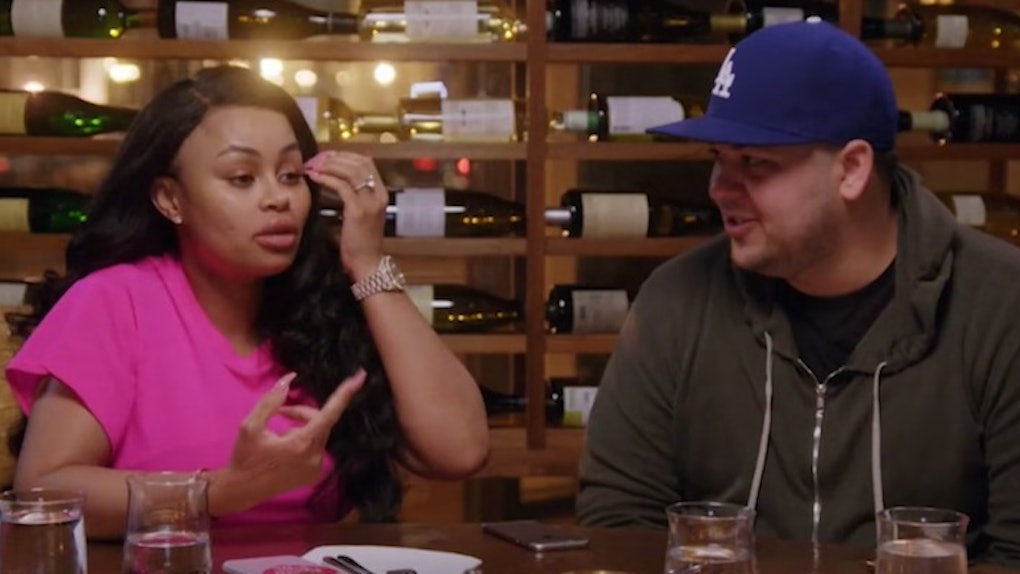 It was pretty evident from the teaser for Sunday's episode of "Rob & Chyna" that Blac Chyna's mom, Tokyo Toni, is not only “the realest,” but should probably have her own reality show.

During the family dinner teased in promos, Rob and Chyna break the tension between her parents -- who had not seen each other in a full decade -- when Chyna admits she's never heard Rob fart.

Rob, in turn, admits he's never heard a woman fart as much as Chyna. Everyone laughs. We are each but small threads in a massive, smelly tapestry of humanity. Bless.

Despite the ongoing friction and rampant trust issues that caused Chyna to kick her fiancé out of their shared home on more than one occasion, she convinces him to come with her to DC and meet more of her 12 siblings.

During the trip, Tokyo Toni acts as a sage mediator for the expectant parents at an annual Fourth of July block party.

Dressed in H to T Independence Day regalia, Toni tells the couple, from the perspective of a person who has faced real struggle as a parent, how solvable their problems are (hint: truly, madly, deeply solvable).

She very clearly stresses to Rob,

You gotta stop what you're doing, OK? You're gonna ruin it.

DELICIOUS BONUS MEAT: If you're wondering whether Rob and Chyna visited Sensationals, the strip club where Millennial folk hero Blac Chyna was created, you can bet your sweet ass they did. Rob even vowed to donate 2,000 new chairs to the club, likely in an effort to be elected Mayor of Sensationals.