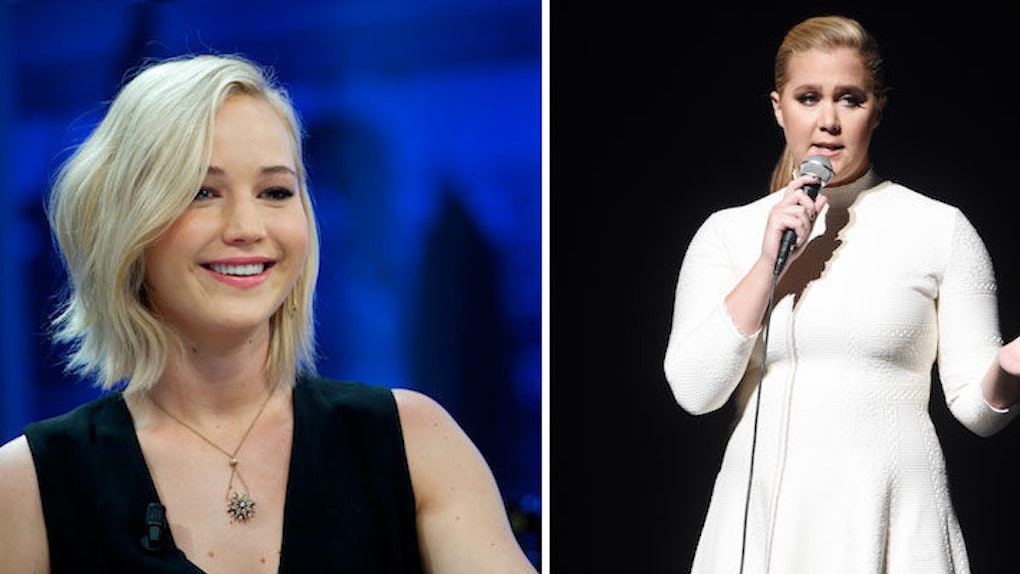 As a drunk female patron once, most likely unknowingly, yelled across a crowded and dark bar to the woman I had been sitting next to “friendship is a girl’s best friend!”

For whatever reason it may be, it seems as though we love, celebrate and connect with the concept of most well-documented and seemingly solid female friendships.

Evidenced through our current obsession with Jennifer Lawrence and Amy Schumer’s newfound and highly-publicized bond, as well as our former infatuations with Selena and Demi, Courtney and Jen and even Nicky and Paris, we can't help but tune in to a story concerning a gorgeous pair of powerful women.

This is ironic in that, despite the overwhelming influence of white men in Hollywood, it’s as though the friendships that truly strike a chord with the general public are those consisting solely of estrogen (sorry, Matt and Ben).

Arguably, this cultural obsession has deeper roots in the lack of such portrayals that exists within film and generally most other media outlets.

How often do we see pairs of successful female partners sprawled upon the cover of Forbes Magazine? Or within a single advertisement for any major retailer?

Such depictions are so rare on film that headlines are made whenever a “buddy-film” portrays two women, as opposed to the tired depiction of two typically immature men, whether it is done successfully or not.

However, this absence leaves a hole with which female celebrity friendships are left for us to happily fill.

We don’t have the faces or names of our favorite film characters, amongst other icons or depictions, to connote with the familiar bliss that exists within a solid female friendship, so we turn to our favorite female power duos for that very image.

Again, this absence, somewhat ironically, is beneficial in that we positively channel our love for women into the bonds shared between our favorite female celebrities.

We don't have a strict, previously established definition for female friendship, so we are allowed to create and craft our very own.

We can't help but be interested in a news story or trending topic concerning a potential giggle fit that occurred between J.Law and Amy, and the simplicity that such a story entails.

It is this very shortfall that allows women the freedom to worship these powerful and precious duos at their own discretion.

The virtues of male-centric friendship have been documented since the dawn of cinema, within countless advertisements and throughout magazine spreads galore.

Honestly, we’re bored of the sausage fests that dominate what could be a mirage of women who inspire us to confide, confess and collaborate with our closest gal pals.

It’s unfortunate that women are not able to look onscreen to see themselves and their friends enjoying each other’s company, but this, in turn, allows women to finally be freed of any oppressive definitions that film and media portrayals may force upon our relationships.

You're able to decide for yourself what your friendship consists of.

Maybe men are expected to uphold the heteronormative laws that society often seems to float upon, but women are free to be themselves within these beautifully unconfined relationships and to define such as however their otherwise oppressed hearts so desire.

Whether or not you choose to enjoy this freedom by sitting down to a marathon of "The Simple Life," "Friends" or Jennifer Lawrence and Amy Schumer’s not-yet-titled collaborative film effort, just be sure to do it with your best girlfriend.

Be sure to remind her how much you love her, because, as little sense as it may make, friendship really is a girl’s best friend.