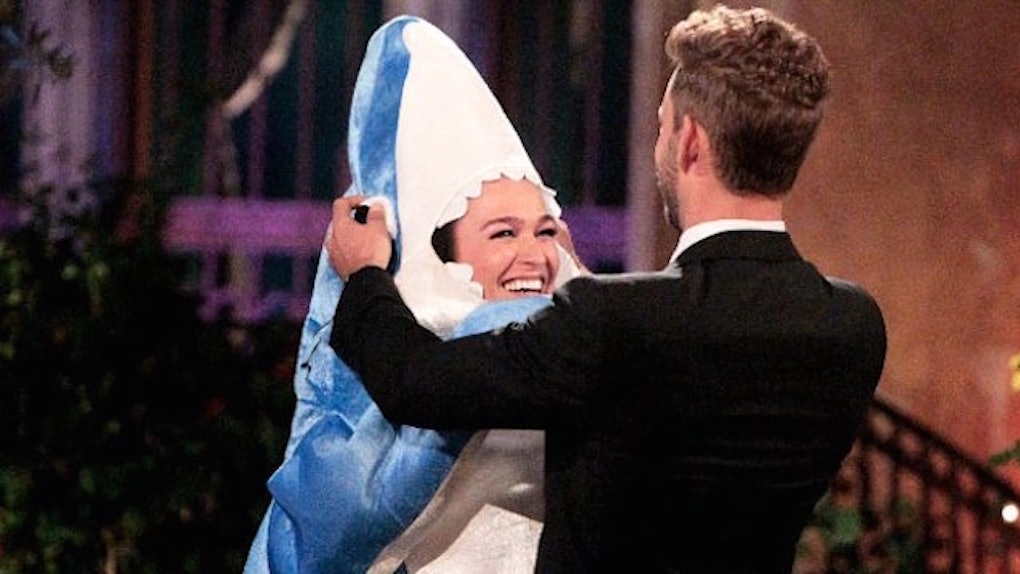 Quiz: How Will You Arrive To The Bachelor Mansion?

First impressions are a real bitch.

First impressions on national television are an even bigger bitch.

First impressions on national television while vying for true love are an actual, living female dog giving birth to a litter of 47 puppies on a new suede couch.

Do you play it cool and relatable? Do you take a risk and make yourself memorable? Those are really the only two options, to varying degrees, but the choice is still difficult.

Regarding the star of the current season of "The Bachelor," Nick Viall, he's looking for someone who can make a "meaningful" connection, despite being strangers.

Early on with so many women, you obviously don't know a lot of things about them but talking to all of them and wanting to make it meaningful to all of them is very physically taxing… And then as time goes on, it becomes more emotionally taxing and less physically taxing. And you get to know these women, there's a level of respect. You're asking them to do things they've never been able to do and to face stressful situations and their fears.

Perhaps somersaulting out of the limo like Gene Wilder in "Willy Wonka and the Chocolate Factory" isn't your style, but Nick isn't about to settle for a lady who isn't "on the same playing field" as him.

He's a 36-year-old "businessperson" (whatever that vague-AF identifier means, Google) in search of someone with whom he can share an "authentic relationship."

This does not mean, by any stretch, fake asses need not apply. It just means the faker you are, the more truly astounding your first impression at Bachelor Mansion needs to be.

Climb out of that limo, march up to your future businessperson husband, look him in the eye and ask if he's ever -- or would ever -- do butt stuff.

Not only will you know you've set yourself apart, but Nick will answer you with full transparency.

I wanted all the women to feel incredibly comfortable and empowered to ask me whatever they wanted to ask me and know that I would give them an honest answer and that it would be a two-way street… I wanted to encourage that the entire season.

What do you have to lose? Take the quiz above to find out how you'd make your mark as a new member of Bachelor Nation.