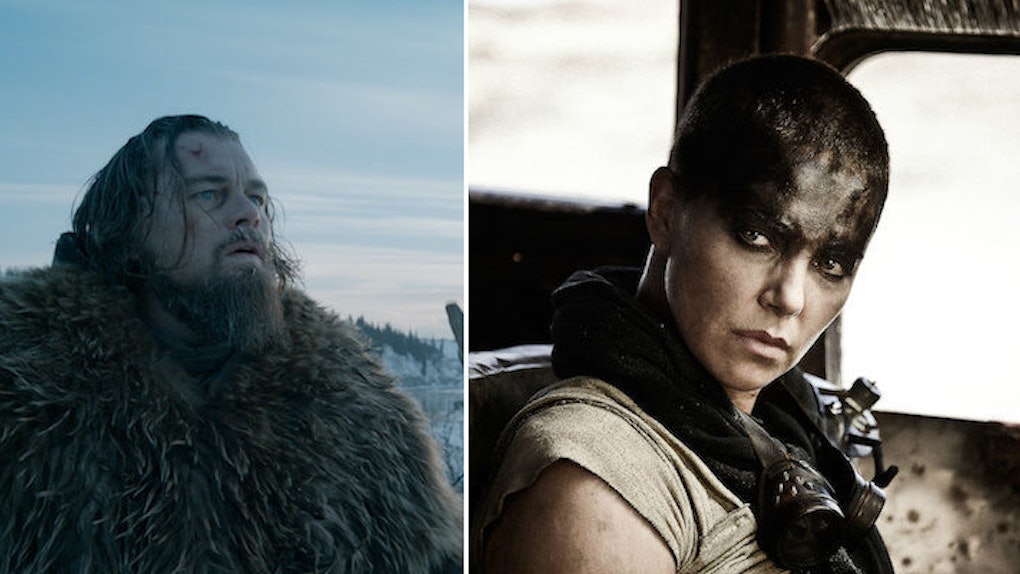 Sure, you're gonna watch the Oscars. Why would you miss drunk celebrities with microphones on live TV?

That doesn't mean you watched all those damn movies, though. You have a life to live. Who has time to watch eight different films of white people being sad but then finding themselves?

Still, if you're going to watch the Oscars at a friend's house, you know there's going be at least one annoying person there who DID have the time to watch all eight films of sad white people finding themselves that were nominated. And said person will make all kinds of obnoxious comments to prove he or she is the most cultured person in the room.

Confession: I am that pretentious assh*le friend who saw all the movies. But, I want to share my wisdom so you, the normal person who has a life, can keep up with the conversation (or your Twitter feed) this Sunday night.

Be advised this is merely a brief crash course and won't, by any means, make you an expert, so it's still probably best to avoid any in-depth conversations about the films.

The ceremony will air Sunday, February 28 at 8:30 pm EST on ABC. Find the full list of nominations here. But, in the meantime, I summed up all of the Best Picture and Best Acting nominations for you below.

The basic idea: The big banks caused the 2008 financial crisis, and everyone on Wall Street is definitely a crook (except for Brad Pitt... and Steve Carell is trying).

The basic idea: Tom Hanks defends a Russian spy in court, and he's basically the Atticus Finch of the Cold War. He successfully negotiates a trade for captured Americans and saves everyone.

The cast: Saoirse Ronan is pronounced "Seer-sha." Know this one thing, and you'll be miles ahead of most of the Academy. Also, Domhnall Gleeson (pronoucned "Doan-all").

The basic idea: An Irish immigrant girl has to choose between her new life in America and her old one in Ireland. Boys are involved. America wins because #patriotism. Sort of like "The Notebook" of immigration.

The basic idea: One really long and aesthetically-pleasing car chase. Very little plot. Charlize Theron is a badass in the desert. Tom Hardy just goes with it.

The basic idea: Matt Damon gets left alone on Mars, but it's OK because he's a very charming scientist/farmer. Jeff Daniels and NASA politics are shady.

The basic idea: Leonardo DiCaprio gets his ass kicked by the 1800s North American wilderness. He wants to avenge his son, who is native, so this movie's not racist. He gets in a really long fight with a bear.

The basic idea: Brie Larson was kidnapped at age 16 and raised a 5-year-old son in total captivity. SPOILER: They escape, and he is remarkably well-adjusted for having never been outside before (but it's not all better).

The basic idea: The Catholic Church is literally crawling with sexually abusive priests, and they DGAF. A team of journalists, the most noble professionals of them all, save the day by informing the public. A true story.

The basic idea: Based on the true story of Lili Elbe (Eddie Redmayne), the first recorded transgender woman to get sexual reassignment surgery. Alicia Vikander plays the most supportive wife ever. SPOILER: Lili dies.

The basic idea: Lesbians in 1950s NYC. Cate Blanchett loses custody of her daughter, thanks to gross homophobia, but at least she gets the girl in the end (Rooney Mara).

The basic idea: Jennifer Lawrence pulls herself out of poverty by inventing a cool mop and being a savvy business lady. Sort of a "Cinderella" story if Cinderella lived in the '90s and had more autonomy.

The basic idea: The second (and better) biopic about Steve Jobs in five years, this time by Aaron Sorkin. It takes place entirely backstage before Apple launches. Seth Rogen plays Steve Wozniak, and it's great.

The basic idea: The true story of Dalton Trumbo (Bryan Cranston), a Hollywood screenwriter who was blacklisted in the '50s for communism. Trumbo does literally nothing wrong but gets his career ruined. Yay, capitalism!

Your talking points: (NOTE: Almost no one saw this movie, so you have some room to improvise on this one!)

You, me and everyone else get a pass on not seeing this one since it turns out the star, Charlotte Rampling, is racist. Thanks for that, Char! Did me a solid.