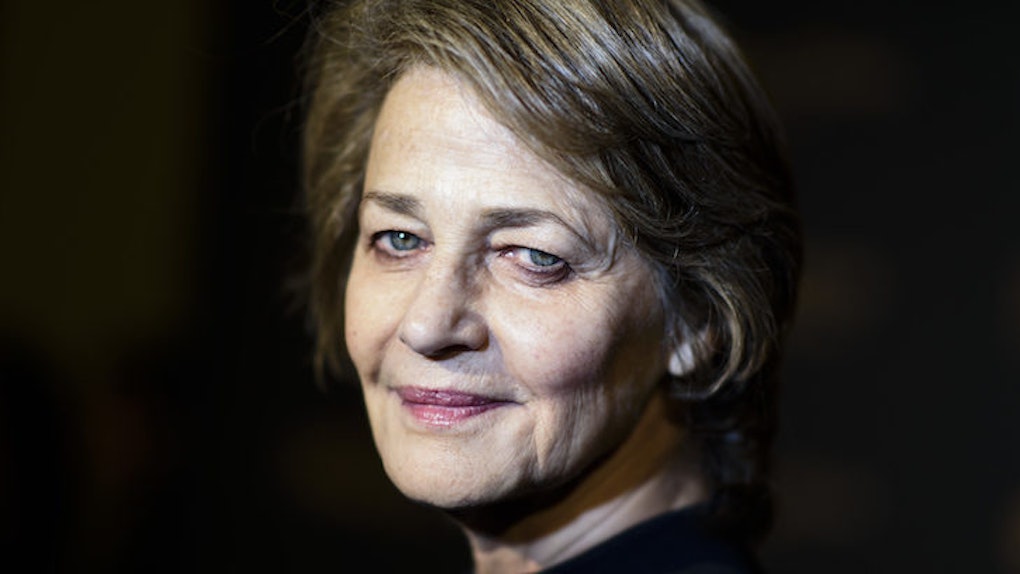 HAHAHA, OK. Sure. Thanks for your input, Charlotte.

Charlotte Rampling, who got an Oscar nomination for Best Actress for her performance in “45 Years,” a movie literally no one knew existed until the nomination list was announced, has some strong opinions on race.

Great! The Academy Awards came under fire this year for lack of diversity, leading many A-list celebrities to rightfully boycott the awards ceremony after no people of color were nominated in a number of categories.

Having a more senior name like Charlotte Rampling make a statement on this nomination whitewashing could send an incredibly strong message to the Academy and its members.

On French radio network Europe1 on Friday, she said,

It's racist to white people... One can never really know, but perhaps the black actors did not deserve to make the final list... Why classify people? These days everyone is more or less accepted... People will always say: 'Him, he's less handsome'; 'Him, he's too black'; 'He is too white'... someone will always be saying 'You are too' [this or that]... But do we have to take from this that there should be lots of minorities everywhere.

Just so everyone is VERY clear, this is what Charlotte Rampling looks like.

Professor McGonagall lives, and she has no idea how race works.

The Internet is as baffled at this as you are.

Not that she really had any, but Charlotte is losing Oscar buzz REAL fast.