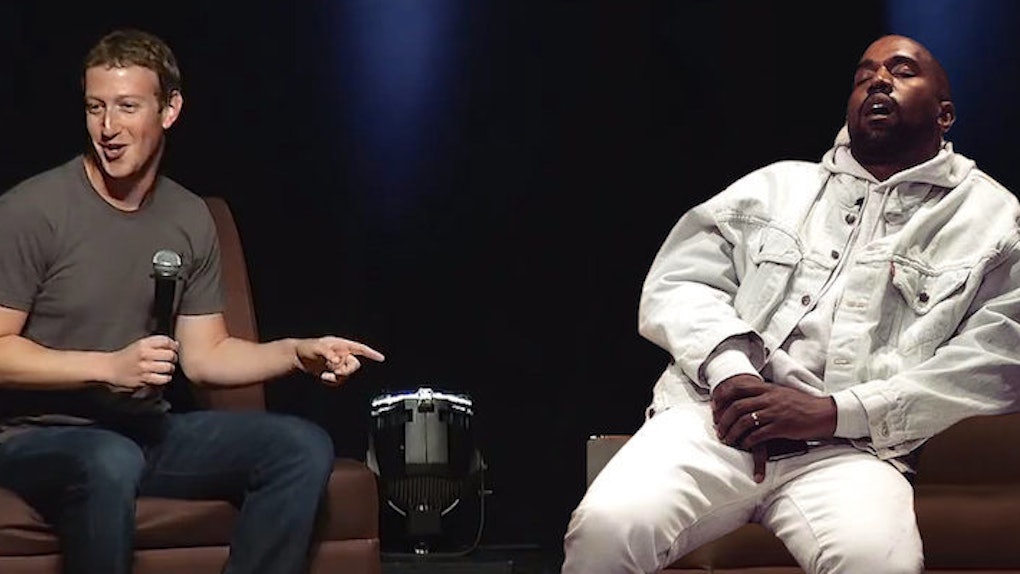 Kim Kardashian caught hubby Kanye West sleeping on the job and posted a hilarious picture as evidence for her 61 million-plus followers on Instagram.

While on a shopping trip with Chrissy Teigen and John Legend, Kim noticed North and 'Ye were being "a little too quiet" when she found them both passed out in the store like this:

It was equal parts funny and cute -- until Reddit users got a hold of it, that is. When one user posted the super-liked pic to Reddit, hundreds of users took it to a new, even more amazing level with the help of Photoshop.

They took him to Jurassic Park.

They referenced that guy who fell asleep at work.

Here, we have a vision of Kanye crowdsourcing for that debt money...

...and Kanye trying to cheer up Keanu with light snoring.

"The Wild, Wild Life Of Pablo"

If you want to build a sleeping Kanye for yourself, the instructions don't look too hard.