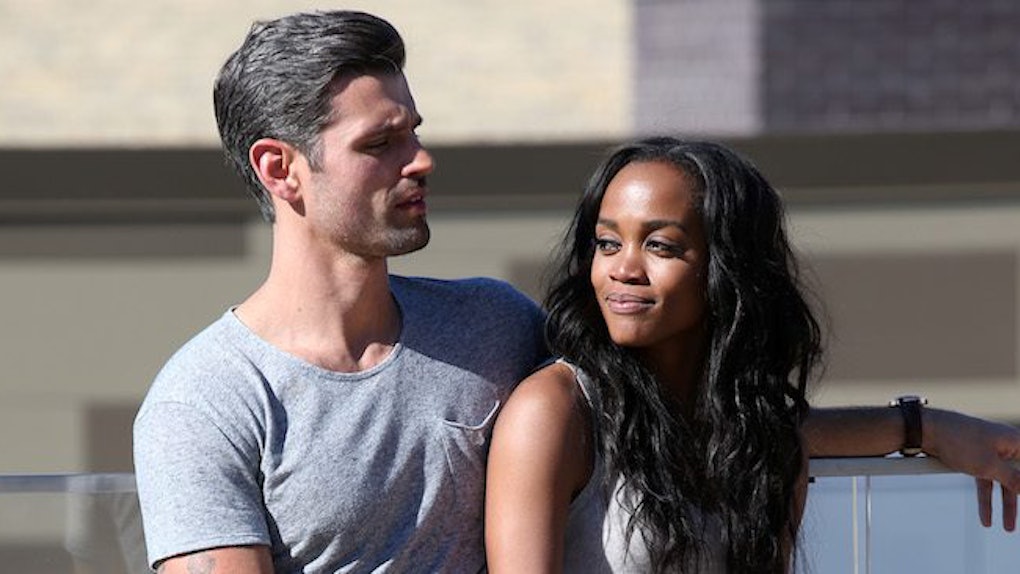 How Tall Is Peter On 'The Bachelorette'? Well, As Tall As You Probably Think He Is

Not done slurping on the cool drink of water that is Peter Kraus from The Bachelorette? Yeah, you, me, and everyone else, either. Kraus is arguably the most attractive creature on the face of this planet, conceived when a bolt of lightning struck a piece of solid gold and delivered to this planet by way of Rachel Lindsay's season. I know what you're thinking... how tall is Peter from The Bachelorette?

Ladies. Gentlemen. Lend me your eyes, for Peter is exactly 6'3" of pure man and another 12 feet of pure angel, and his quiet strength and knowing demeanor know no limits.

How do I know he's this tall? His bio on ABC told me so, but I also feel like I knew it somewhere deep in my own heart.

Kraus is also a physical trainer (duh) and model (bigger duh) with just enough charisma to appear human despite his obvious ethereal status. Still, you and I both know there's no way this man is mortal. For example, take into consideration he has completed three, yes three, Ironman races. What's an Ironman race, you might ask? Oh, just 2.4 miles of swimming, 112 miles of biking, followed by a very chill marathon run of 26.2 miles. PEOPLE, KEEP UP. HE IS A DEMIGOD.

Look, we're not the only people brainwashed by his beauty. Rachel has kept Peter around, despite his many attempts at letting her know he's just not sure if he's ready for an engagement. (Reminder: A husband is Rach's number one priority.)

Still, what's she gonna do, get rid of him? That doesn't make any sense.

Let's just hypothetically talk this through and say if she doesn't end up choosing Peter, the world is primed and ready to have him be our next Bachelor.

Because a world without Peter on my television is not a world I want to live in.