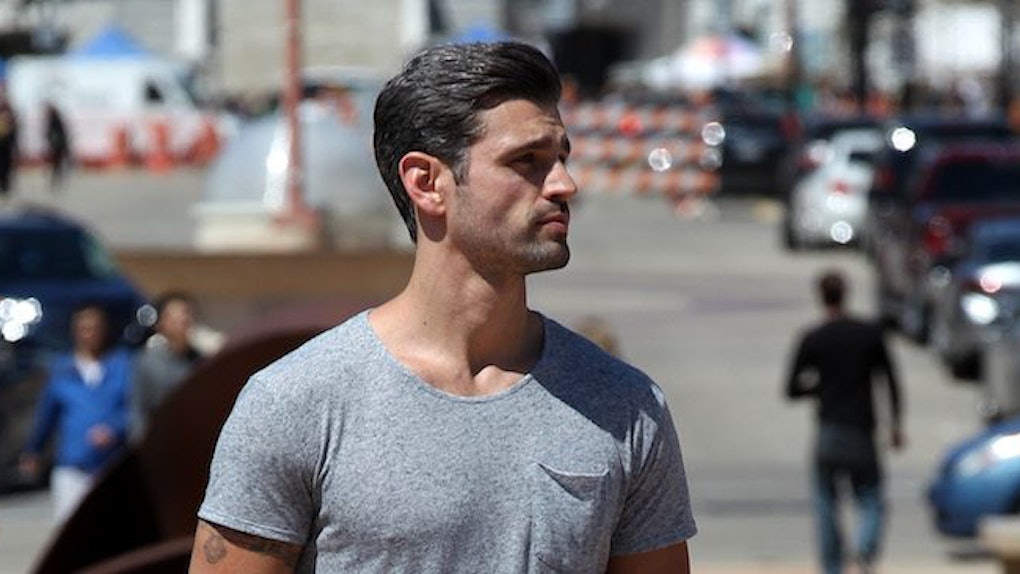 Is Peter The Next Bachelor?

Well, we did it, Bachelor Nation! We've made through another season of The Bachelorette — almost.

With just two episodes (and one tell-all) to go, Rachel Lindsay has narrowed her husband prospects down to just three men: Eric, Peter, and Bryan.

So naturally, it's time to ask the question: Will Peter Kraus be the next Bachelor?

If that's not the question you thought I was going to ask, follow my train of thought for a moment: After an emotional hometown dates episode last week, Rachel forced us all to say goodbye to Dean, which was very rude, because Dean was my number one pick for Bachelorette winner.

And that's why we're all already making a plan B in case our number one boo doesn't win: Peter for the next Bachelor!

There are many reasons this would be great, which I will go through now.

1. He's Wanted To Be The Bachelor Since He Was In High School

A high school yearbook photo surfaced of the now 31-year-old business owner from Madison, Wisconsin, that revealed Peter has always had his eye on Bachelor fame.

Some fans say that means he's the wrong choice to be Rachel's husband — but the perfect choice for the next Bachelor.

2. He's Already Got The Perfect Storyline

All this hemming and hawing about commitment these last few Bachelorette episodes doesn't bode so well for Rachel Lindsay in terms of husband material.

But a fear of settling down that has ruined past relationships? That sounds like an excellent Bachelor backstory to me.

He's the only guy left not to have done so, and at this point in the season, it definitely stands out. In fact, it stood out so much that fans on starting sending him hate on Instagram — and Peter responded back.

All I can say is that I am sorry to those who wanted me to tell Rachel that I was in love with her tonight after what was essentially two dates. As I stated many times on the show before, I do not take those three words lightly, as once they are said they can never be taken back, and to the person that you choose to say them to, they can hold enormous weight. So rather than race to say something that is of such GREAT importance to me, and I wish was of more importance to others, I chose to take my time in getting to know this woman as much as I possibly could before choosing to express those three words to her.

It's a totally fair of course, if Peter doesn't fall in love with a stranger on a TV show over the course of a few months. But it also puts in in a great position to be the next Bachelor – and I think he knows that.

I'm just saying, The Bachelor has had a sore lack of cute puppies in recent years. Peter could change that.

Having a cute niece means we'd get a chance to see that Peter is #FatherMaterial on The Bachelor without him actually being a father yet. That's the perfect Bachelor set up!