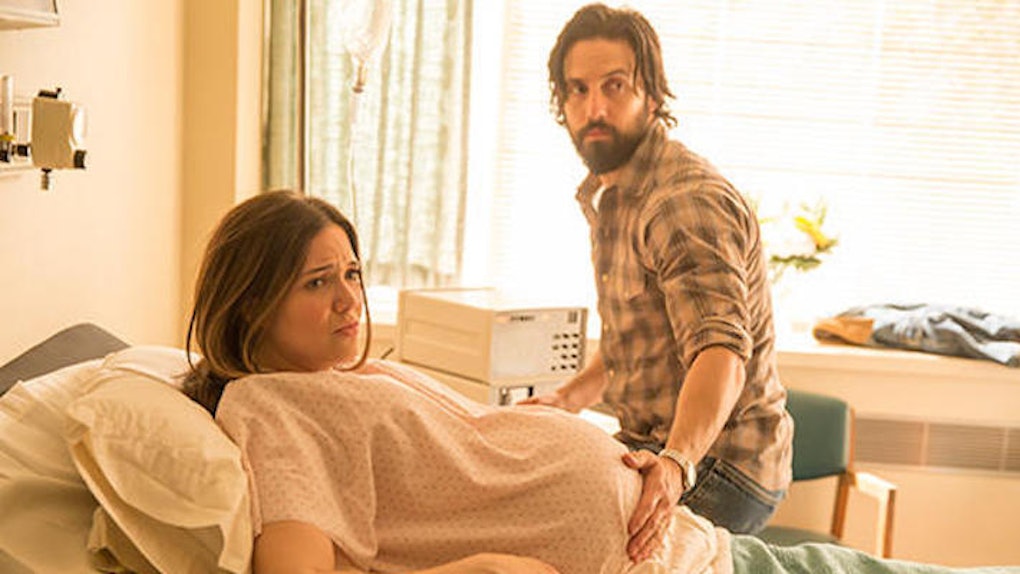 ARE YOU KIDDING ME, DEMOCRACY???

Apparently, the 2016 presidential election doesn't give a wet, flying shart whether Kevin and Olivia ever bone again.

THAT'S INSANE. HOW CAN YOU NOT BE CURIOUS, HILLARY???

Twitter agrees the culmination of the most outrageous presidential race in American history is no excuse to keep Milo Ventimiglia's delicious, hairless chest off our screens.

I'm so upset I can't watch #ThisIsUs tonight because of this damn election — K-charkins (@kaycharkins) November 8, 2016

No new “This Is Us” episode is easily the WORST. FREAKING. PART. of this whole damn election.

What sucks the most about this election is that there's not a new episode of This is Us — Kendall (@Kendallallean) November 8, 2016

No one respects TV anymore.

Just realized there is no @NBCThisisUs tomorrow due to the election! Boo! Priorities people! Priorities! #ThisIsUs pic.twitter.com/jrweO3rU8y — Heather (@Heather_T_1972) November 8, 2016

If you thought for one damn second “This Is Us” was the only show being brutally abducted from your scheduled programming tonight thanks to THE US GOVERNMENT you're dead wrong.

Say a tearful, temporary “see ya later” to:

Are you kidding, Washington?! Who is going to guard the Shield if the Agents are away??? UNCONSCIONABLE.

I just hope you're ready to see Chicago in ashes Wednesday morning. IN ASHES, WASHINGTON.

Who's telling Michael Weatherly? Because it sure as hell isn't me, Washington. OUTRAGEOUS.

I guess we'll all just, what? Leave a massive gap in our personal charts of Zooey Deschanel's bang growth? You're KILLING US, WASHINGTON.

LOOK WHAT YOU AND YOUR BUREAUCRATIC PROSTITOTS HAVE DONE, WASHINGTON.

Someone please carry my limp body out of the Laguardia airport Au Bon Pan where I write these posts. I am too emotional.