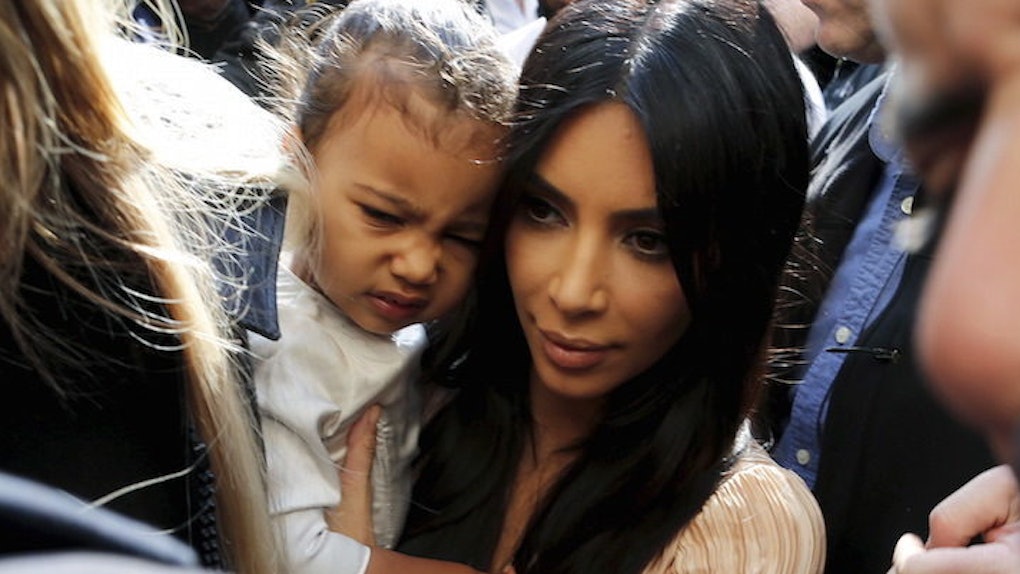 Now that her brother, Saint, is in the picture, it looks like the toddler is fighting for her mom's affection.

On the final episode of "Kocktails with Khloé" (RIP), Kim Kardashian and Kanye West appeared as guests on the show. Khloé Kardashian asked Kim if she's still breastfeeding, which led to Kim retelling a hilarious story about North's jealousy over Saint.

According to Kim, North wanted to breastfeed while Kim was nursing Saint, so North got her own milk carton and put it in Kim's bra to drink with a straw.

STOP IT, that's adorable. But now, North is apparently over breastfeeding.

Mommy, I'm not mad anymore. You could feed baby brother. I won't cry.

OMG, "baby brother." That is so cute I could cry. You can listen to Kim tell the story in the clip above. North, you're a cutie and still number one in my heart.

PS. Is Saint West even real?