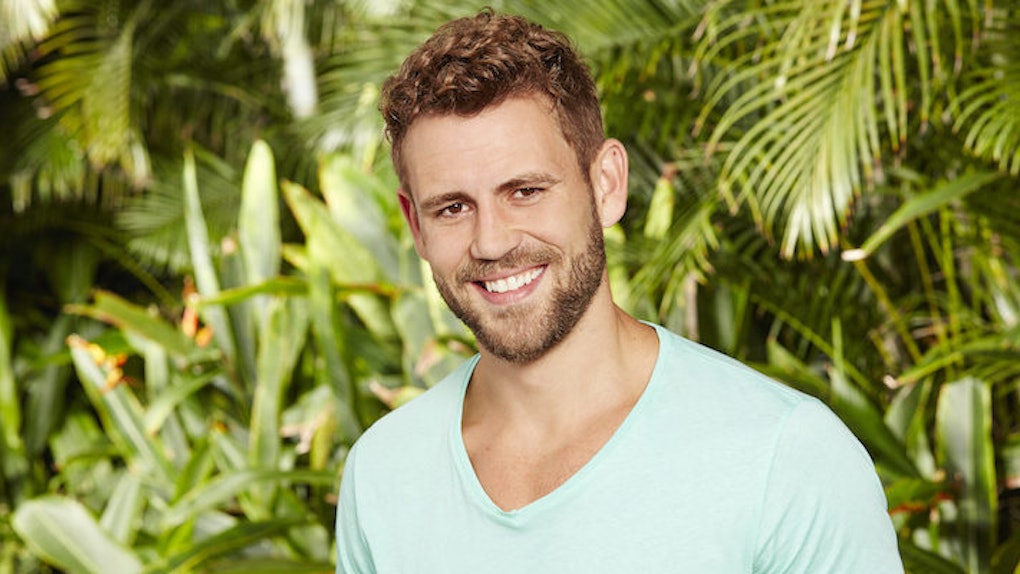 There's been lots of hate surrounding ABC's decision to choose Nick Viall, current star of "Bachelor in Paradise" and the runner-up in both Andi Dorfman and Kaitlyn Bristowe's seasons (yes, BOTH), as the next bachelor.

But I'm going to throw out what I know is a very unpopular opinion: Nick Viall is the perfect pick for the next bachelor.

No, I need a guy with a little scruff and a big heart. AKA Nick Viall.

I watched JoJo's season, and I guess I missed the memo that was sent to "The Bachelorette" fans in which we all proclaimed that Luke was our favorite.

In my opinion, Luke was one of the more boring ones on the show. His drawl not only put me to sleep, but his romantic gestures were so CLICHÉ. I mean, that candlelit path leading to a heart in the shape of flower petals? Seriously? I'm throwing up in my mouth.

There's no surprise or complexity with Luke. He's the classic hot, popular football player in high school who makes the lunch ladies swoon and enlists his buddies to help him carry out an unfathomably trite, unnecessarily over-the-top method of asking a girl to prom. He's textbook "perfect".

But Nick Viall is the underdog. He's been the runner-up TWICE, which makes it so easy to want to see him succeed. He was so, so close, you guys! He just needs one more chence!

Nick is like the third hottest guy on the high school debate team who nobody notices until the 1o-year reunion, when he finally learns how to buy a fitted suit.

And when he struts into the banquet hall at the Hyatt Regency on that fateful day, a gin and tonic in his hand, all eyes will be on him — the cheerleaders who rejected his requests to go to prom, the jocks who shoved him into lockers, and the teachers who thought he was just some cocky ass twerp. Because he's a fucking lawyer now.

I really, really want Nick to have his lawyer moment.

I don't want to root for Luke Pell to find love, because he will find love. He's a hard 9.5/10 on a bad day. Some girl will love him and his lame romantic gestures, and will live happily ever after with him on a ranch in Texas. He's going to be FINE.

Look. See? That's the determined glare of a man who's going to be fine.

Nick Viall, though — you don't know if he's going to be fine. He's, like, a 7 on a good day. (I personally think Nick is hotter than Luke, but I can recognize that objectively he's not.) He doesn't have the romantic background that Luke does. And he has some deep, emotional wounds.

Remember in 2014, when he asked Andi Dorfman on "After the Final Rose" why she "made love to him" in the Fantasy Suite if she wasn't in love with him? That's some real shit.

Just imagine how emotional he's going to get on his season: Real, complex, human-level emotional, not like Luke and his flower petal heart. The kind of emotional that makes you call your ex out in front of America for doing something that hurt you.

Which is why we all need to quit whining about Luke not being chosen and embrace Nick for all that he is: The absolute perfect bachelor.