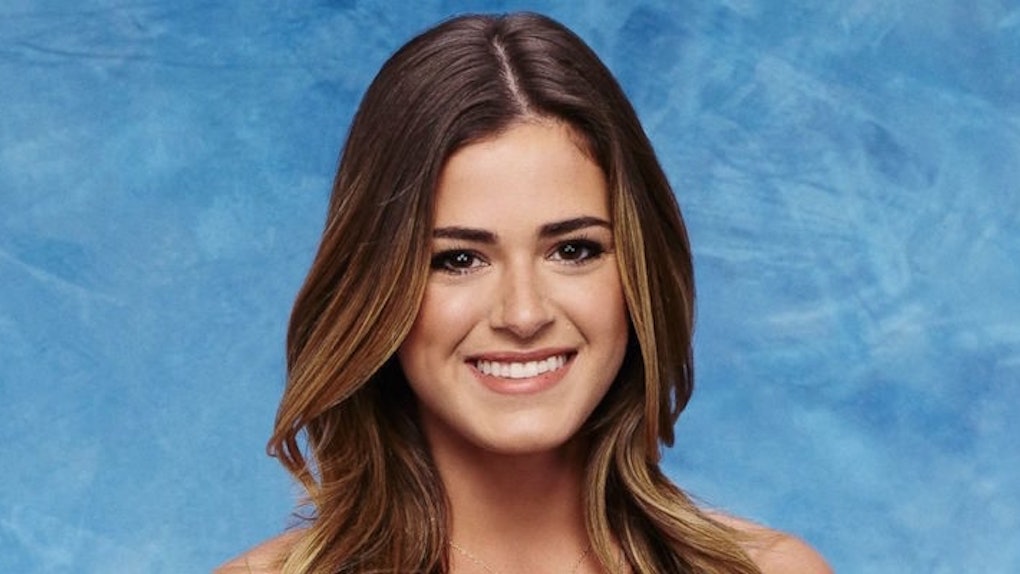 The trailer for the new season of "The Bachelorette" dropped yesterday, and I don't know about you guys, but I am STOKED.

My eyes were glued to the television during the last season of "The Bachelor." Partially because I thought Ben was smoking hot, and partially because I really do fall for the bullsh*t that is this reality show.

I believe with every fiber of my being that hearts get broken, love is found and the winners have a real shot at forever. I'm 100 percent not ashamed to admit this. Like, I refresh Lauren B's Instagram twice a day to see if she posts a new pic of her with Ben because I just want some confirmation that they're still going strong.

But anyway, this isn't about Lauren B. This is about JOJO, aka the new Bachelorette.

I liked JoJo last season. I really did. I definitely didn't think she'd win -- Lauren B had that sh*t in the bag from day one -- but I thought she was a cute, approachable girl who I could totally see myself being friends with. I mean, in the first episode, she showed up wearing a unicorn head when she got out of the limo. That is objectively funny.

In addition to being an all-around great catch as both a friend and a significant other, I also really think JoJo is going to bring the drama this season. Here's why.

1. There's ALREADY drama because of her.

We all know Caila was supposed to be the Bachelorette this season, but the producers came in and did a little last minute switcheroo to make JoJo the star instead. So while JoJo is going to get fame and fortune and dozens of men vying for her affection this season, Caila is just writing a blog.

Not saying that JoJo had literally anything to do with any of this. But, still. DRAMA.

2. Her brothers are going to provide SO MUCH MORE DRAMA.

Remember JoJo's aggressively overbearing brothers from the hometown visit that scared the sh*t out of poor Ben?

Can you imagine how they're going to act now that JoJo is the one choosing a man? I bet JoJo will fall in love with someone who won't meet their standards, so they'll force her to pick someone else with a better job because "you need someone who supports you, JoJo."

See? I'm already crafting elaborate drama that doesn't even exist yet. I can't even IMAGINE what real drama will come to fruition.

When Ben told her he loved her, she looked at him quizzically and was like, "Are you ... allowed to say that?" We were ALL wondering that, but I'm so glad JoJo actually said it.

Which means she won't be afraid to tell it like it is with other sh*t, too. I can't wait to see where THAT gets her.

4. Maybe her ex will make another dramatic appearance.

Last season, JoJo's lovesick ex-boyfriend (aka what many of my friends believed was the producers actually stirring the pot a little bit) decided to drop off a bouquet of flowers and a note at her doorstep before Ben came over for the hometown meetings. JoJo was pissed.

But maybe he'll make ANOTHER appearance, you guys. PERHAPS HE'LL CARRY A BOOMBOX THIS TIME.

If you follow her on Instagram, you'll see that she's just like you and me. She posts selfies, pictures with her friends, quotes, pic stitches, and more. Also, as evidenced by last season, she alternates lifting weights with sips of wine.

In other words, bitch might as well have been your college roommate bestie.

Because she is so similar to me, I see her as a friend, and I don't want her to get hurt. So I'm going to root for her in the same way that I'd root for all my girlfriends to not let assh*le men hurt them. And that will breed a lot of anxiety (read: drama) in me.

Damn. I'm counting the f*ck down to May 23. Hopefully you all are, too.