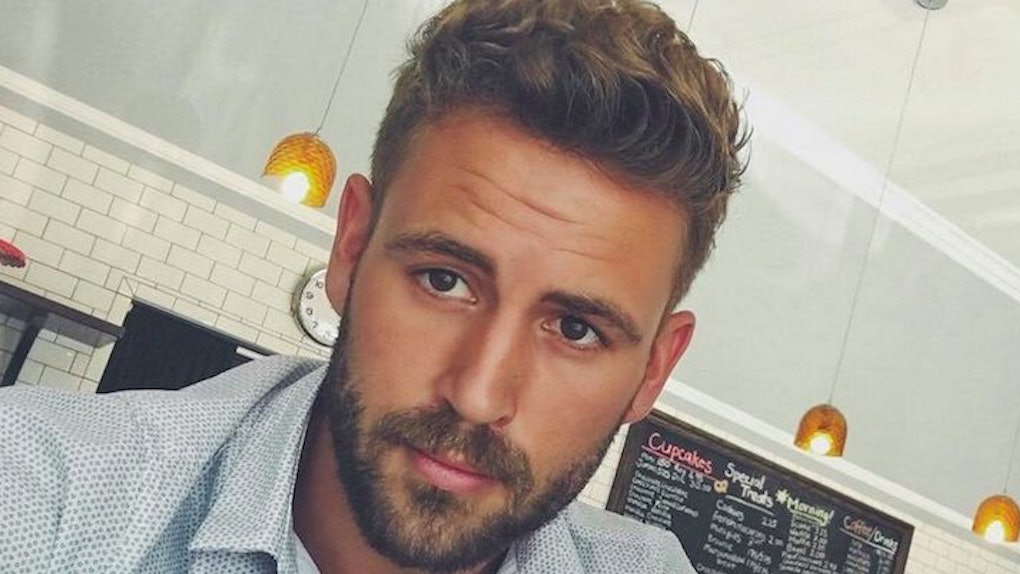 After a long and painful wait, the next "Bachelor" was announced and fans were left stunned.

The news followed this week's episode of "Bachelor in Paradise" during the "After Paradise" special with host Michelle Collins.

Fans of "The Bachelorette" watched the show waiting anxiously to see if contestant Luke Pell would be chosen as the next candidate for "The Bachelor."

The 31-year-old Army Veteran was clearly the fan favorite during JoJo Fletcher's season, so many hoped he would continue on his quest to find love.

Luke (aka that sexy hunk of man beef) was robbed, though, because "Bachelor in Paradise" contestant Nick Viall was picked instead!

OK, CHRIS HARRISON. WHERE THE FUCK YOU AT?

Many people were furious at the decision because, one, he wasn't Luke, and, two, NICK ALREADY HAD LIKE EIGHT CHANCES AT LOVE.

If you're unfamiliar with Nick, let me give you a refresher. He was runner-up on Andi Dorfman's AND Kaitlyn Bristowe's seasons of "The Bachelorette," and now he's the star of "Bachelor in Paradise."

He hasn't found love yet, so Chris Harrison said the decision "makes so much sense." But why the heck did Nick get picked over Luke?! Chris told PEOPLE magazine,

He has just become that perennial, second place guy who wants to find love and is as sincere, if not more sincere, than anybody about finding it. It's about giving him his chance to find love. Who deserves it more than him?

HMMM, is Chris hinting Luke wasn't as sincere as we thought?

Ugh, whatever. I'm over it. No matter who the "Bachelor" is, I'll obviously still be watching.

See you next season, Nick. You better not disappoint.