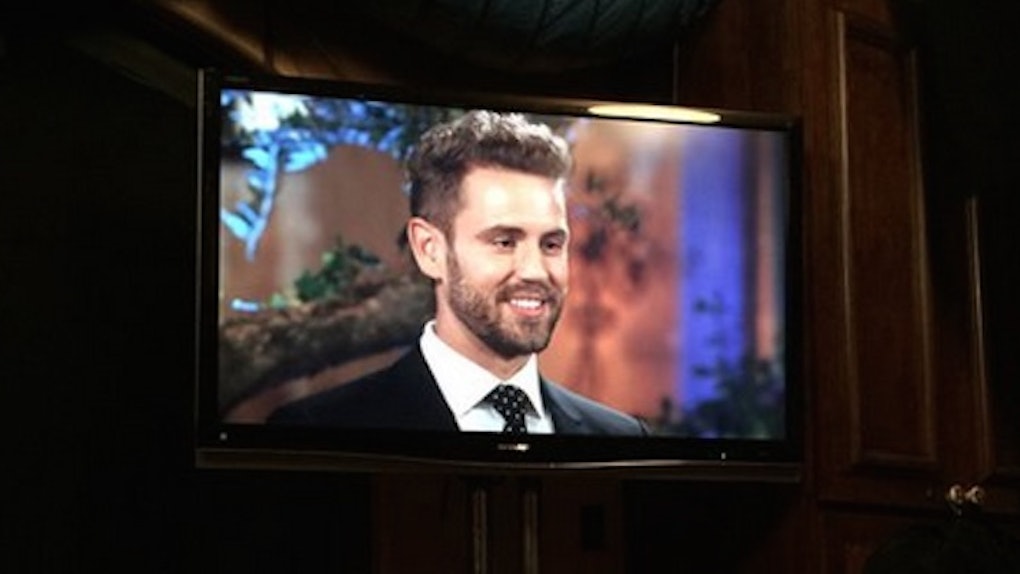 When Nick Viall was announced as "The Bachelor," fans seemed to have a split reaction to the news.

Some people were excited for the 35-year-old contestant, while others were disappointed Luke Pell wasn't cast in the role.

I personally was team Luke, but it's time to wipe my tears away and embrace the new "Bachelor."

Nick, I'm rooting for you to find love.

If you can't wait for Season 21 to start, then don't worry, we've got you covered.

The show's executive producer Mike Fleiss blessed fans this weekend with the first sneak peek of Nick as "The Bachelor."

On Saturday, Fleiss shared some photos from the season premiere and added some commentary on what he observed.

According to the tweets, it looks like Nick was one nervous dude. BE CONFIDENT, NICK. YOU GOT THIS.

There he is, our shining star! Go get 'em, tiger. You lookin' fiiiiiiine.

THIS SHIT IS PUMPING ME UP. Can next season begin already?!

Man, they really don't mess around. The contestants are already at the cocktail party!

It looks like Nick is gonna have to make some difficult choices and break a lot of hearts.

This will be Nick's fourth time returning to the franchise. He was runner-up on Andi Dorfman's and Kaitlyn Bristowe's seasons of "The Bachelorette," and then he starred in "Bachelor in Paradise" this summer.

Fans really thought Nick would get down on one knee for Jen Saviano at the end of the season, but Nick confessed he's incapable of saying "I love you."

So close, yet so far.

However, contestant Lauren Himle claims Nick was still dating Jen when he was named "The Bachelor."

She sat down with radio station 97.1 The Ticket to discuss how the suitor hurt her good friend.

Hmm, could Nick not be here for the right reasons?

I guess we'll have to wait and see what goes down next season!