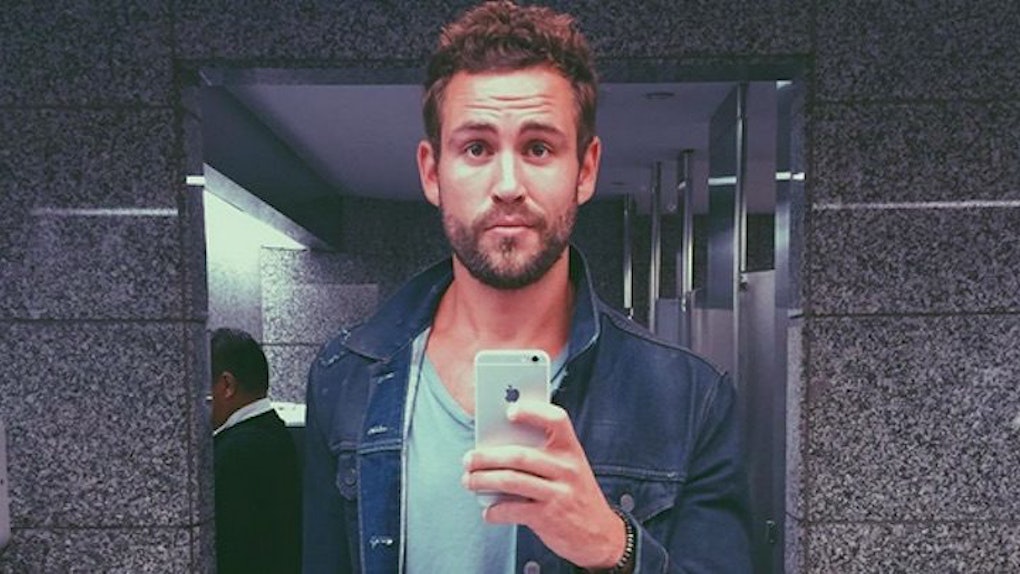 'The Bachelor' Nick Viall 'Can't Say I Love You,' So Good Luck Next Season

When Nick Viall was cast as "The Bachelor" for next season, the reactions of fans were split.

Some people were extremely happy and excited to follow his journey to find love, while others were pissed the role was given to someone on "Bachelor In Paradise" instead of a contestant on JoJo Fletcher's season.

Whether you're a fan of Nick or not, he's the next "Bachelor" so you'll just have to deal with it.

He also just had his heart broken again, so maybe we should all be a little nicer to the hopeless romantic.

Yup, last night of the season finale of "Bachelor In Paradise," Nick Viall left the show in tears. After dating Jen Saviano basically the entire season, Nick decided he couldn't take the next step in their relationship.

After Jen confessed her love for him, Nick told her,

COME ON, NICK. YOU WERE SO CLOSE.

It didn't stop there, though. In the car ride home, Nick told the camera,

The scary part is feeling I'm incapable of saying 'I love you' to anyone. Right now the biggest hurdle I have to get over is there's no guarantees, there's no assurances that anything will work out. Sometimes I just feel like my heart's in knots and I can't untie it. I've just got to figure out how I can do that again.

UHHH, hmm. That's interesting, considering NICK IS THE NEXT "BACHELOR" AND WILL BE FALLING IN LOVE WITH 25 DIFFERENT WOMEN.

If he's incapable of saying "I love you," then we're all in for a big treat next season.

Ladies of "The Bachelor," I hope you're ready to have your hearts broken next season. Haha, just kidding. Sort of.