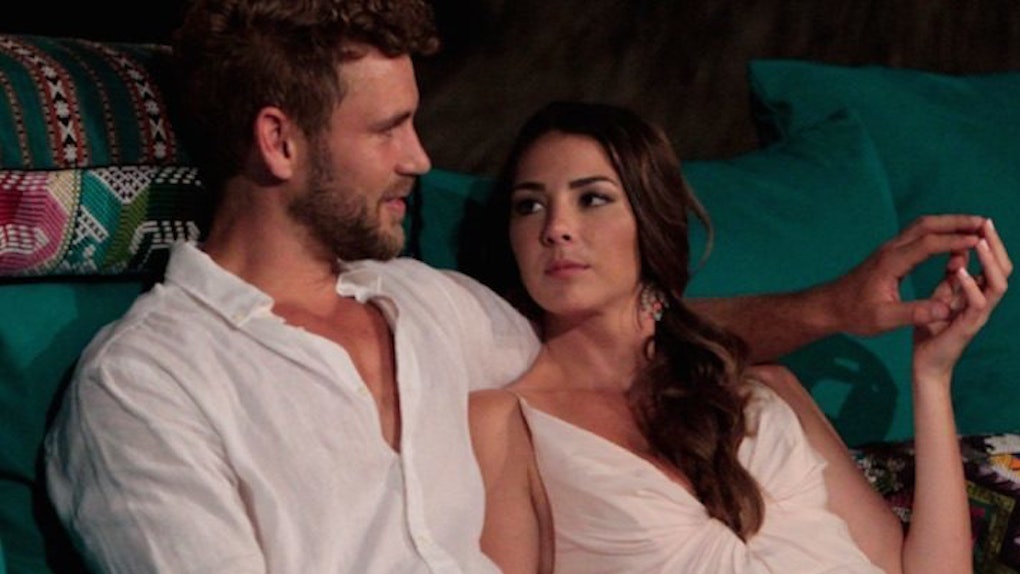 The next season of "The Bachelor" hasn't even started yet, and there's already plenty of drama.

According to a "Bachelor In Paradise" contestant, Nick Viall isn't in this for the right reasons.

In a recent interview with radio station 97.1 "The Ticket," former cast member Lauren Himle revealed Nick broke up with Jen Saviano in order to become the next "Bachelor."

Lauren claims Nick and Lauren were still dating after the season ended. She explained,

I am not a big fan of him, he dated my great friend Jen on 'Bachelor in Paradise' and they did break up on the show, but it was my understanding they were still seeing each other after the show completed.

She then clarified Nick and Jen were "still together in a relationship" after the finale aired.

If you don't believe me, then listen to the girl yourself.

If you check out Twitter, you'll see Jen isn't feeling Nick as "The Bachelor" one bit.

Now we know why!

It looks like Lauren stands by her words, though. She even retweeted an article written by the radio station about what she said.

Sorry Nick, but you better get your shit together before starring on "The Bachelor." WE'RE ONTO YOU, BOY.