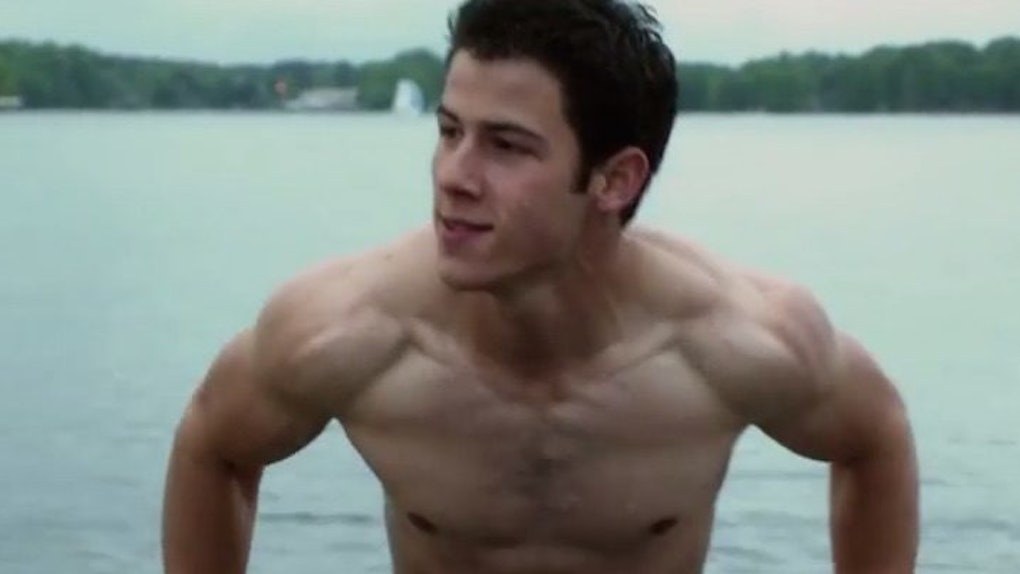 Watch this, and then, try to tell me you didn't immediately (just briefly) think of Nick Jonas and Kate Hudson's not-so-secret, not-technically-a-relationship relationship.

In the trailer for his new movie "Careful What You Wish For," Nick Jonas plays a guy who begins a sexy summer affair at the lake with his older (but very hot) married neighbor, played by Isabel Lucas.

OK, so to review, the movie involves 23-year-old Jonas and 31-year-old Lucas, who also happens to be blonde, like 37-year-old Hudson.

All I'm saying is, perhaps, Jonas was simply preparing for the role by hanging out with a beautiful older woman, aka Kate Hudson.

Anyway, that's where the real-life connections end. Totally breaking away from his Disney/Jonas Brothers days, Nick's new role has a bit of a dark twist.

In the trailer, it quickly becomes clear this isn't your typical, flirty, May-December romance, as Lucas' character is married to a seemingly abusive husband, and things get complicated, violent and maybe even deadly.

The movie has all the makings of a perfect summertime flick -- sort of a cross between "The Graduate," "Safe Haven" and "I Know What You Did Last Summer."

Plus, you get to see Jonas without his shirt on A LOT, so there's that. Buying tickets to the film might actually be a better investment than tickets to his Future Now Tour as I've seen no indication he goes shirtless on stage.

The film opens up in theaters on June 10.