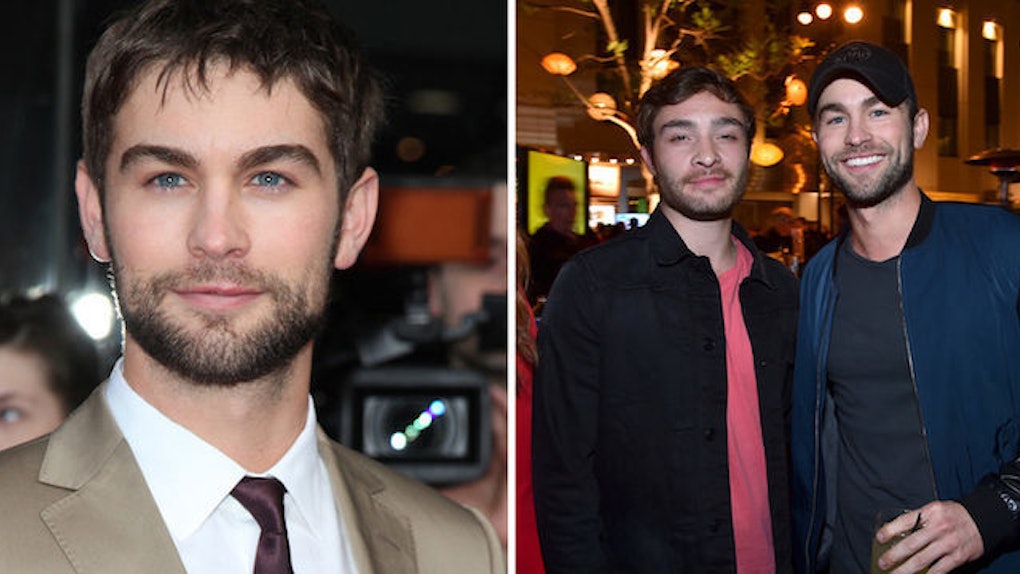 Try to think all the way back to September 2010. You were so young, so innocent and just starting season four of "Gossip Girl."

Here, listen to this. It'll remind you.

You tuned in every single Monday night to The CW. Missing an episode was not an option.

Back then, if I had asked you to describe your perfect man, I'm guessing it would've been something along the lines of this: tall, dirty blonde/light brown hair, popular, a lacrosse player, a drinker, an occasional smoker, a soccer player, rich and frequently spotted with Chuck Bass.

Personally, I'm Team Chuck all the way, but I'm certainly not blind to the appeal of a Vanderbilt. So let's take a walk down memory lane and reminisce on the sheer perfection of Nathaniel himself.

Just like Chuck, Nate had a pretty bad haircut in season one. But we forgave him.

He did have great bone structure, after all.

His personality wasn't very strong, so he was forced to rely on his looks.

He was a great friend to Chuck, even when Chuck stole Blair from him.

Speaking of Blair, she was the first (of many) women who fell for Nate's boyish charm.

He didn't have Chuck's witty one-liners or Dan's intelligence...

...so he sometimes ended up dating teenagers. But we can look past that.

There was actually nothing better than Nate Archibald in a slightly messed up tux.

Let's be honest, we were ALL Jenny Humphrey.

There was something just so right about the way he looked in his St. Jude's uniform.

We were all secretly proud of the way he stood up to his grandfather.

And we would've given our souls to be seen on his arm in the Hamptons.

Needless to say, the moment he kissed Jenny, we hated her even more.

No matter how many women he dated or how many stupid decisions he made, we couldn't help but love him.

So here's to you, Nathaniel Fitzwilliam Archibald. You'll always be the perfect man.