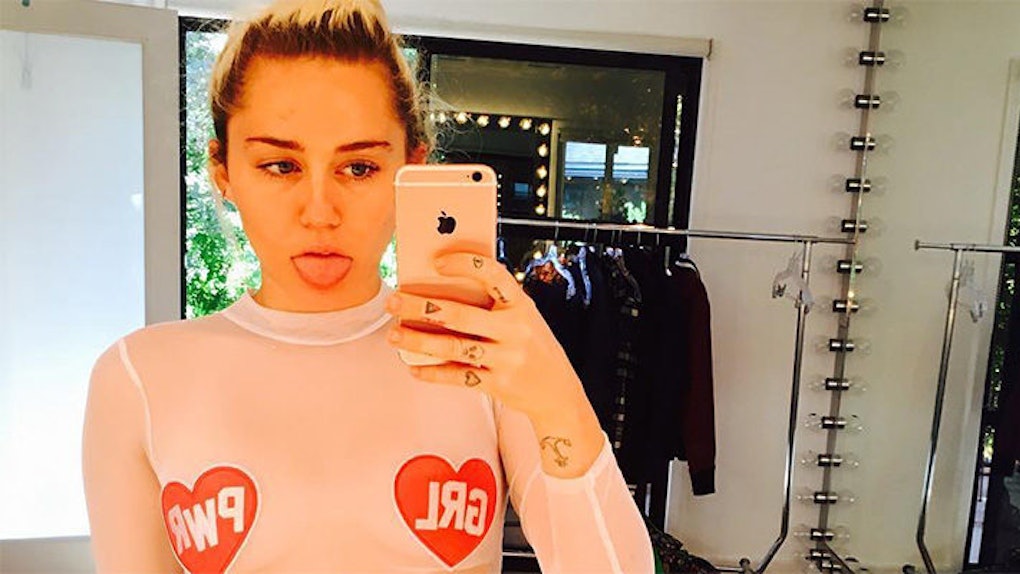 Miley Cyrus is so past the point of leaving mysterious clues out there and forcing her fans to put the pieces together.

That's just out of style now.

Ever since Liam Hemsworth all but confirmed their reunion during an interview with GQ last month, both he and Miley have been public with their love for each other.

On Sunday, Miley found just another way to prove that love on Instagram.

Yup, things don't get any more obvious than that. And as a guy, there's probably no better way for a girl to show she's on your team than her literally wearing a jersey with your name on it in an Instagram post.

It definitely beats the time Miley posted her sleeping with Liam Hemsworth's dog, which was cute -- I guess -- but left too much thinking for the mind to do.

Then there was that time she was seen wearing the engagement ring Liam gave to her when they were together the first time around.

That was cool, but it was a little hard to spot.

But the jersey? That takes the cake. Good move, Miley.