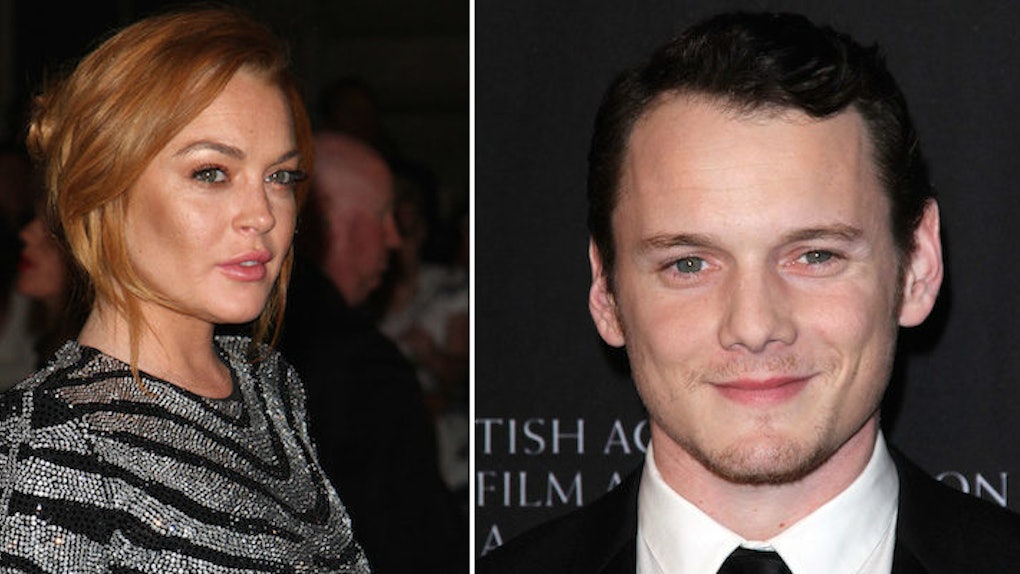 What was intended to be a touching tribute to late actor Anton Yelchin quickly spiraled into an anti-Hollywood rant courtesy of the one and only Lindsay Lohan.

This past Sunday, Yelchin was killed when he was pinned between his Jeep — a model recalled for a “design flaw” that caused the car to roll when parked — and his brick mailbox in a freak occurrence widely considered an accident.

Later on Sunday, Lohan posted a tribute to the 27-year-old on Instagram, calling his death “the result of #hollywood” and suggesting fellow stars “surround [their] life with good people and know who [their] #true #friends are,” presumably to avoid the same fate as Yelchin.

The bizarre part is Lohan put effort toward translating “condolences to the family and friends” into Yelchin's native Russian, but she didn't seem to spend any time researching his cause of death.

Fans on Twitter are not pleased with her approach.

.@lindsaylohan did you even read about what caused his death? The result of hollywood, know who your true friends are... Gurl, what? — Jett Rink (@jessiekaiser) June 19, 2016

@lindsaylohan how is it a result of Hollywood his car rolled down the hill and hit him tragic horrible accident — debbie (@oledebb) June 19, 2016

...and Lindsay Lohan has blamed the death of Anton Yelchin on 'Hollywood.' I'm out. pic.twitter.com/BDKPmmiXWc — Emmett Initiative (@EmmettPlant) June 19, 2016

Even if Linds is floating some bizarre Illuminati hitman theory, the day of her friend's death is probably not the optimal time to share it with the world.