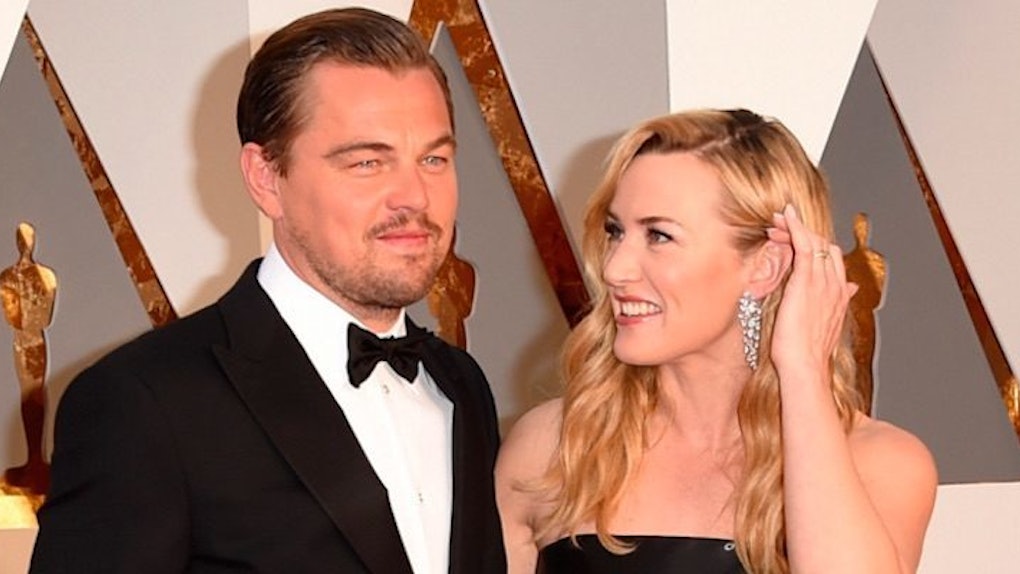 There are flawless professional pairings, there are classic romances and then there's the elusive combination of the two: the Kate and Leo.

When an audience member asked Leo to name his favorite on-screen kiss, the Oscar winner said,

Oprah then shared a clip of Kate's interview from a previous episode, where the Oscar winner (they're both brilliant, gorgeous Oscar winners, duh) gushed over Leo's talent and personality.

In response to seeing the clip, Leo shared,

That's my girl. I feel the same way about her. If it wasn't for her, making that film, we would have been shrapnel by this point. It was just the toughest film we ever had to make, and we were partners together.

The A-listers support of one another's accomplishments and 20-year commitment to simply saying nice things about one another in public is inspiring on both a personal and professional level.

Forgive the Céline Dion, but their hearts legitimately go on and on.

Citations: Leonardo DiCaprio Talking About Kate Winslet in 2004 Will Make You Swoon (Cosmopolitan)