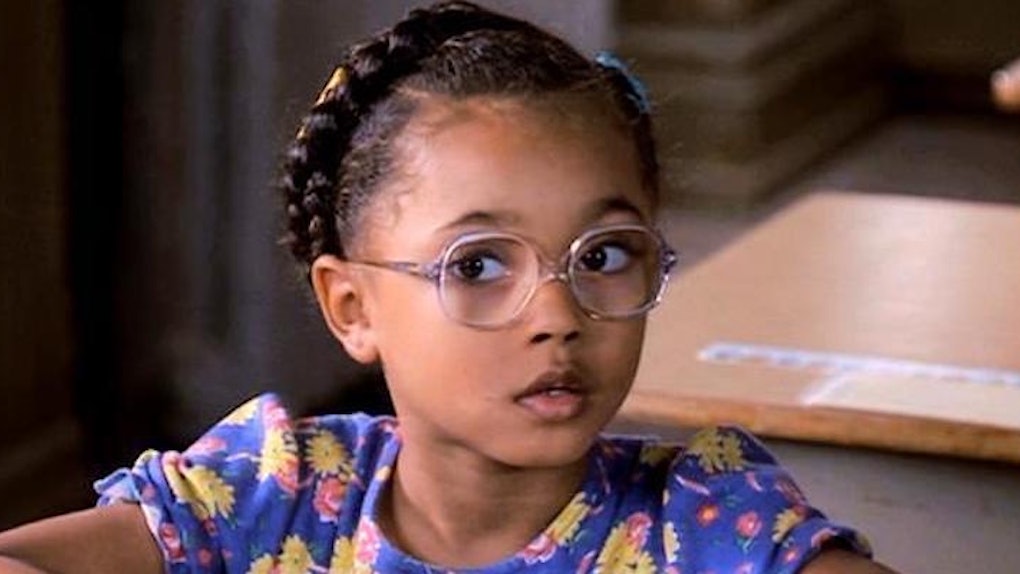 In the interest of making you all feel very old, here's a fun fact: The best movie of your childhood, "Matilda," is 20 years old this week.

That means YOU'RE 20 years older than you used to be, too! Take a look in the mirror. Look at that nicely aged face. Isn't growing up fun?

You know who else has had their faces aged by the sands of time? The actors who were in that "Matilda" movie!

What better way to feel weird and nostalgic about your own aging process than by scrutinizing an actor's aging process, am I right?

Remember Lavender? She was adorable and weird and awesome.

She wore those rad funky glasses and said "wow" in a cool raspy voice.

Well, I know this is hard to believe, but Lavender is played by a real life person named Kiami Davael, who does, in fact, age.

She's 29 years old now, but she hasn't lost any of that adorable Lavender charm.

She's really perfected her fierce model face over the years.

Seriously, Lavender has so much swag now.

But don't worry. She definitely hasn't forgotten her "Matilda" roots.

She even has lunch dates with her BFF Matilda, aka Mara Wilson, sometimes.

Yeah, I'd definitely give Kiami a 10 out of 10 on this whole aging thing.

As Lavender would say, "Wow!"