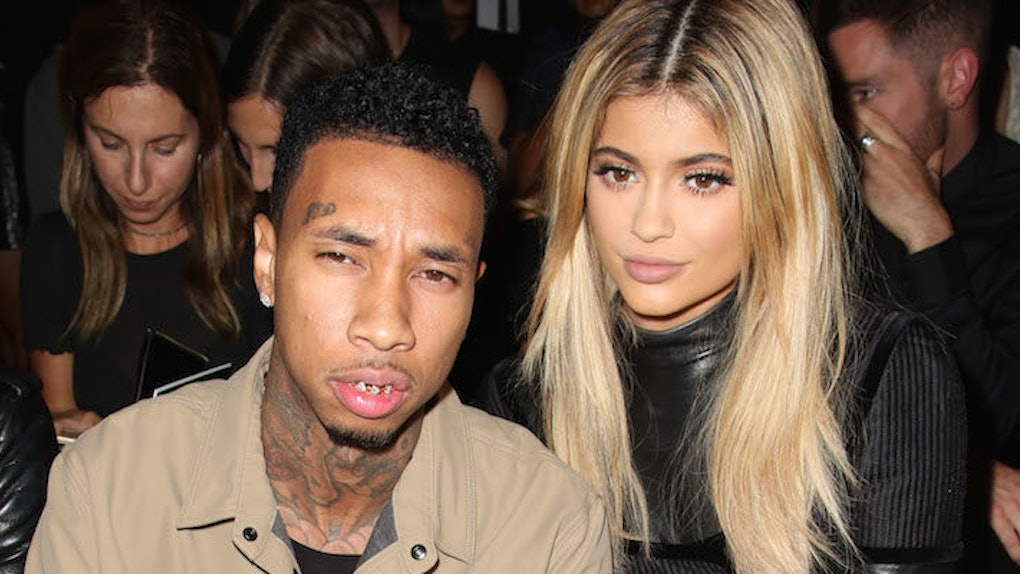 So it looks like Kylie Jenner and Tyga are taking a very sink-or-swim approach to their on-again relationship.

They're reportedly moving in together, and we don't know how to feel about it.

First some cozy-ass Snapchat pictures of Kylie planting a kiss on Tyga's cheek in a photobooth and a secret dinner for two, now this. These guys are constantly keeping us on our toes.

A source told Us Weekly,

They are officially back together and he is staying there with her. It's up in the air if he is going to live there permanently or is just staying there for now. Her family doesn't care because they don't think it will last.

It's been widely reported that the Kardashian clan has always taken issue with the couple's age gap. I mean, she's 18 and he's 26. Dude.

But it looks like they're officially a couple again, so PartyNextDoor appears to be completely off the scene. Which is good, because out of him and Tyga, Tyga has the less stupid name.