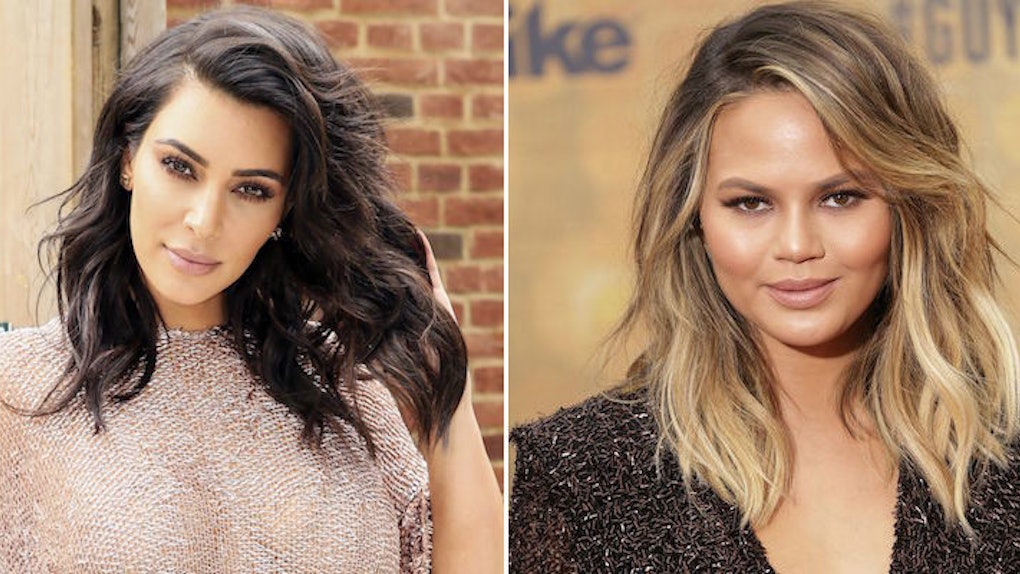 Believe it or not, even though she's arguably one of the most successful women in the world, Kim Kardashian still gets jealous.

In a recent interview with PEOPLE, the 35-year-old reality star confessed to feeling envious of her close friend Chrissy Teigen, 30, for being able to lose her baby weight so quickly.

I see my friends like Chrissy [Teigen], who I love to death, and I'm like, 'Chrissy, I want to kill you. How do you do it?'

To clarify, Kim was joking about the murder part. Probably.

After giving birth to her second child, Saint West, six months ago, Kim was determined to lose the 60 pounds she gained. And she totally did it, too, thoroughly documenting the process on Snapchat.

But apparently the process took a little longer than Kim would have wanted, at least compared to how fast Chrissy bounced back after Luna.

To this I say: Kim, girl, don't be so hard on yourself! I mean, no offense, but Chrissy's five years younger than you, and Luna is her first child. Cut yourself some slack!

Plus, we all know Kim loves to work those curves, so I think her self-esteem is going to be OK.

Citations: Kim Kardashian West Admits to Being Jealous of New Mom Chrissy Teigen's Post-Baby Body: 'I'm Like, “How Do You Do It?” (PEOPLE)