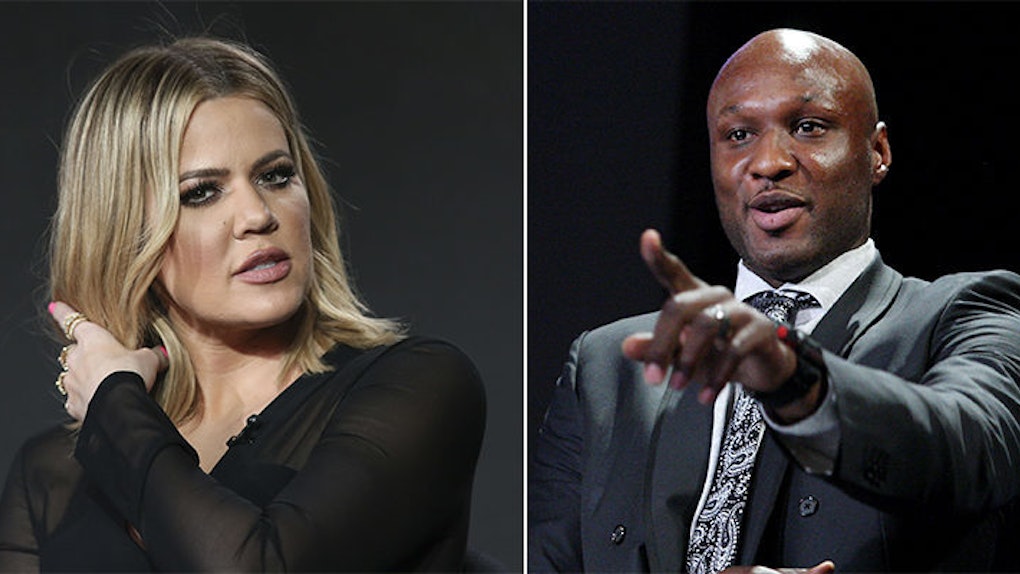 Khloé Kardashian is reportedly done helping her ex-husband, Lamar Odom, due to his drug addiction.

According to Us Weekly, a source close to the Kardashians claims the reality star has decided to "put her her foot down and stop helping him out."

The source said the former NBA champion is once again using, less than a year after he was found unconscious in a brothel after an overdose.

Of course, we already know Khloé kicked Lamar out of their home in California, and that she now lives alone.

Us Weekly's source says Khloé does want to stay friends with Lamar, but only if he gets his life together. The source said,

More than ­anything, Khloé wants to be in ­Lamar's life, but only if he gets healthy.

The 36-year-old former basketball star has said he is off drugs, but many people claim to have seen him out partying, possibly relapsing.

The couple ended their marriage back in 2013, but rumors of the two possibly getting back together have been flying around over the past year.

It definitely sounds like their relationship is over for good.