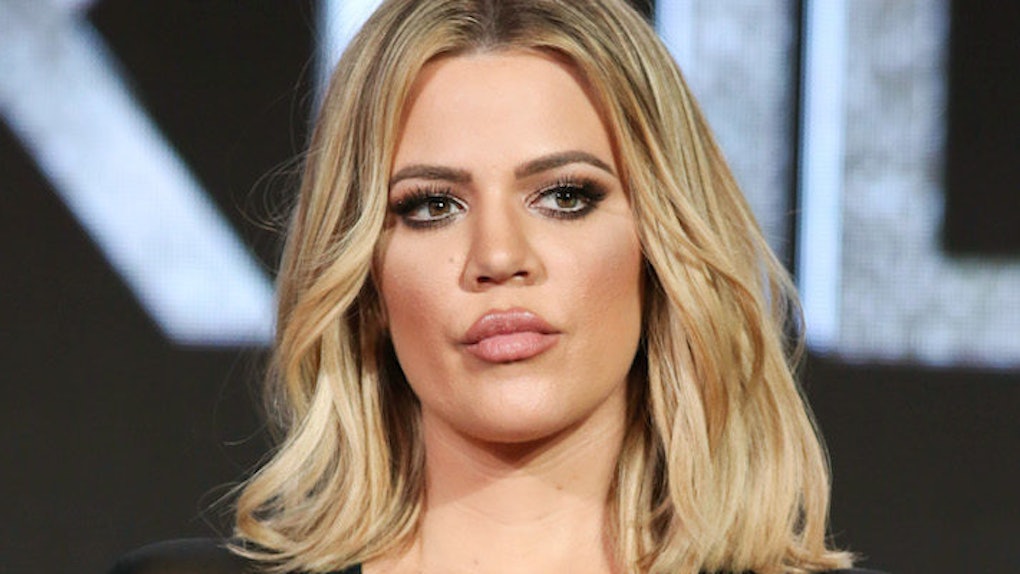 Look, a lot of things have gone right in Khloé Kardashian's life.

I mean, for one, she's super rich. That sounds pretty nice. Two, she's super famous. That also has its perks.

Three, she has a huge house all to herself. As someone living in a tiny Manhattan apartment with four other people, that sounds pretty darn sweet to me.

And according to Khloé, it is pretty sweet, actually. But it also kind of sucks sometimes.

The 31-year-old reality star wrote an essay titled "The Best And Worst Things About Living Alone" for her website and app on Monday.

In the article, she said while she did enjoy the freedom of living alone, sometimes it can get a little lonely.

The best thing about it is that I can literally just run downstairs naked and don't have to think about it. I couldn't do that before, with Rob and his friends who would come over.

She means, of course, her brother Rob Kardashian moved out and left her with the house to herself. But another factor is her divorce-in-process with 36-year-old Lamar Odom.

Khloé said it is harder to get out and socialize because she has to push herself.

The worst thing about living alone... is that I'm alone! My house is filled with people during the day. After they leave, it's quiet.

OK, I feel you Khloé. But I'm still pretty envious of your awesome life.