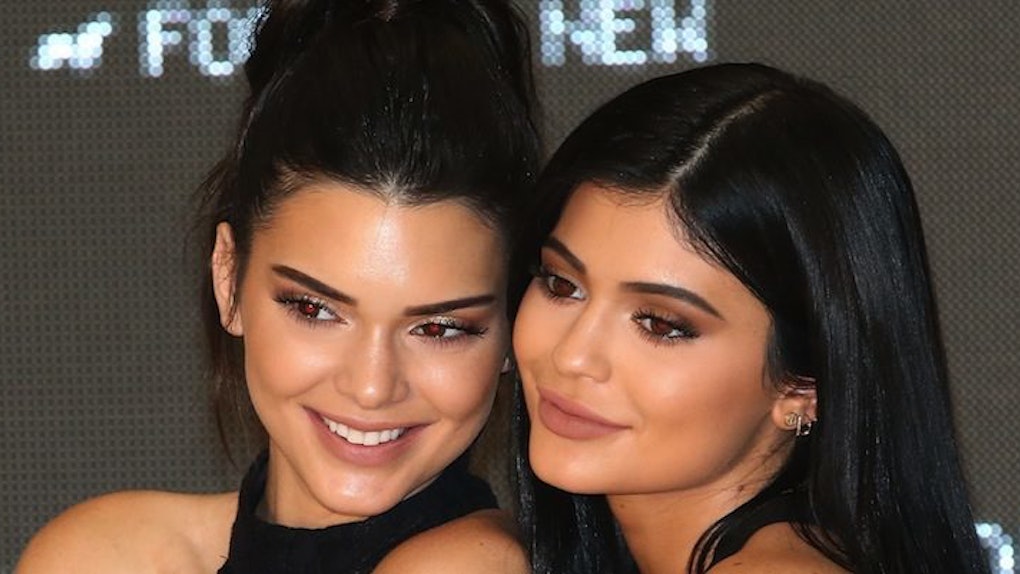 I don't really have too much in common with the Jenner sisters.

My life isn't scrutinized by every single person in the world. I don't have my own clothing line. My salary is far from $4 million a year. And my love interests do not include Tyga or Harry Styles (unfortunately).

But in this case, I can completely empathize with Kylie. As a little sister myself, I understand what it's like to feel excluded, to want to hang out with your big sister when she wants nothing to do with you.

In fact, I'm pretty sure this exact story about Kendall's first kiss, which she posted on her app, happened to me and my sister, Molly.

This is a good one! It happened in a shower. I know that sounds crazy, but it wasn't what you'd think. I was with one of my friends from elementary school, Jessica — this was probably fifth grade. The kiss was with a kid I had THE biggest crush on—shout out to Chad Wilcox! I crushed on him for so long. I was obsessed. Jessica actually did, too, haha. So, we were like, 'Let's invite him over to hang out.' We were at my mom's house and played Truth or Dare — of course, the point of that was to kiss each other. ;) Kylie was so nosy, so we kept going to secret places like the trampoline — and Kylie kept spying and, like, popping out of trees, lol. We were like, 'Go away!' and she was like, 'What are you doing?!?' She followed us to the living room, then the bedroom. We even locked her out with a chair under the doorknob and she found her way in. So annoying. She kept saying, 'You're being shady!' We ended up in my bathroom because it was the only room with a lock! Finally, we got to the Truth or Dare kissing. Jessica and I didn't want to do it in front of each other so Chad and I went in the shower behind the curtain. And that's how the magic of my first kiss went down! ;)

So I guess I have more in common with Kylie than I thought?