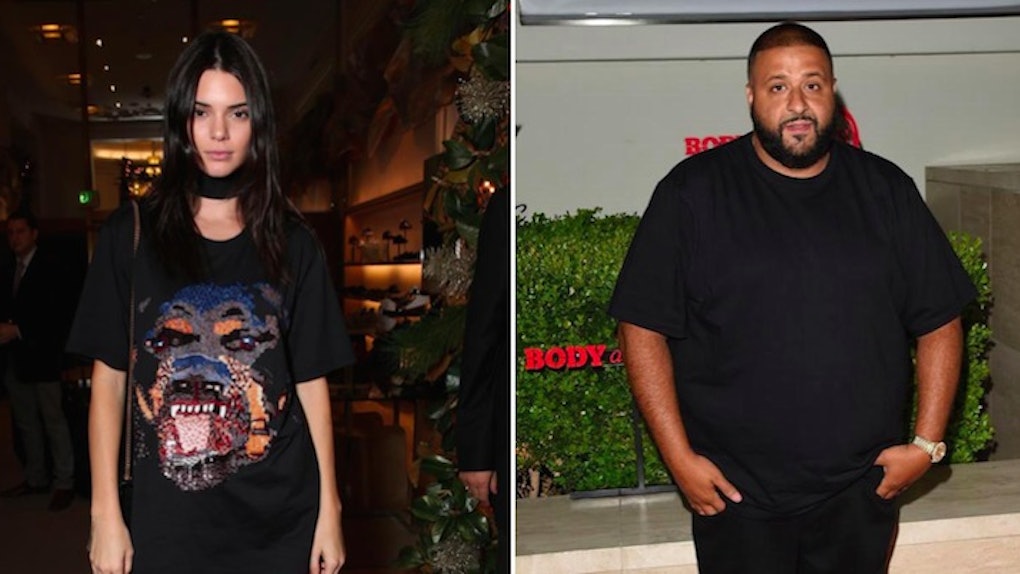 DJ Khaled is essentially a Snapchat life coach, but where are his credentials?!

In a Snapchat story shared yesterday, Khaled proved when he's not hitting the gym, eating expensive berries or strolling through lush hotel gardens, fellow celebs are singing his praises.

When the music producer apparently ran into Kendall Jenner at breakfast, two minutes and 10 seconds into his Snap story (there was a lot of gym-hitting), the Victoria's Secret model squealed,

I'm totally fangirling out right now. This is the sickest thing ever!

Yes, Kendall, it is the sickest.

Khaled may now be revered as more than just a massive deal in the music industry as he may have entered the lifestyle advice community as well.

Key to success? Breakfast with Kenny.