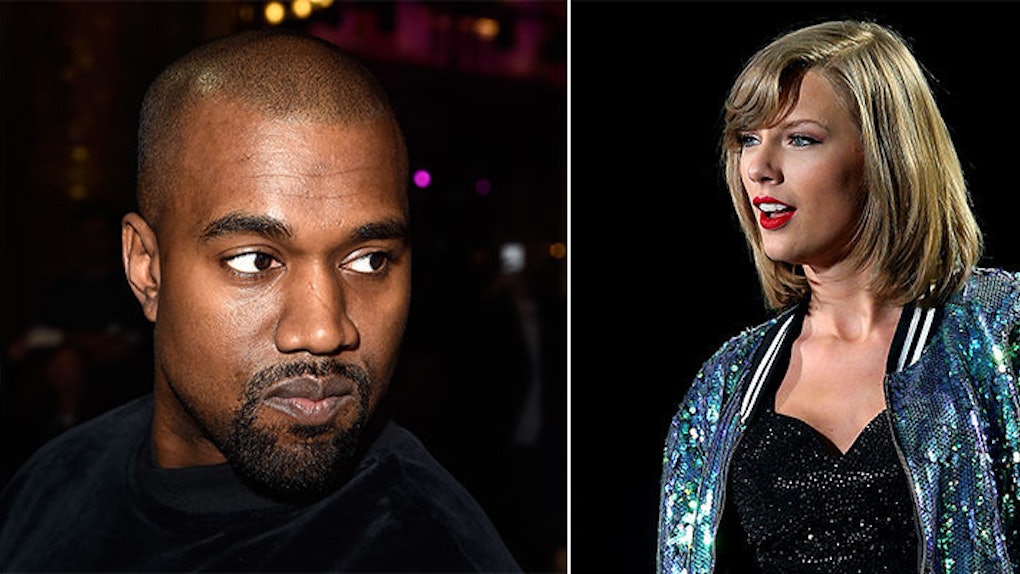 The Life of Pablo rapper has been making headlines for his controversial commentary on an abundance of issues.

The latest drama involves leaked audio of Kanye West backstage on "Saturday Night Live" having an insane meltdown after someone moved a piece of his set.

The Taylor-Kanye beef started up again when Kanye released a new song with a misogynistic lyric about Taylor Swift.

He went on a crazy Twitter rant defending the lyric and explaining Taylor approved it and even "thought it was funny."

Well, it looks like Kanye's remarks on the feud don't stop there.

On his way to catch a flight, Kanye spoke with the paparazzi and was immediately asked if he thinks Taylor Swift is "obnoxious." He responded,

Kanye then talked about his debt crisis and how much money he spent over the years. Shortly after, one of the reporters redirected the conversation back to Taylor Swift.

Do you think she can give you more respect?

I want the best for that person, but there's people going through real issues here... The media tries to make this ongoing story… I don't think people care about me or her in that way.

As you can see, this conversation was extremely different from the one he had backstage at "SNL." Perhaps Kanye really was just caught in a bad moment? Maybe he isn't such a bad guy after all?

Either way, Kanye better cut the sh*t. I'm getting tired of it.

Check out the video above to hear Kanye's latest comments on the subject.