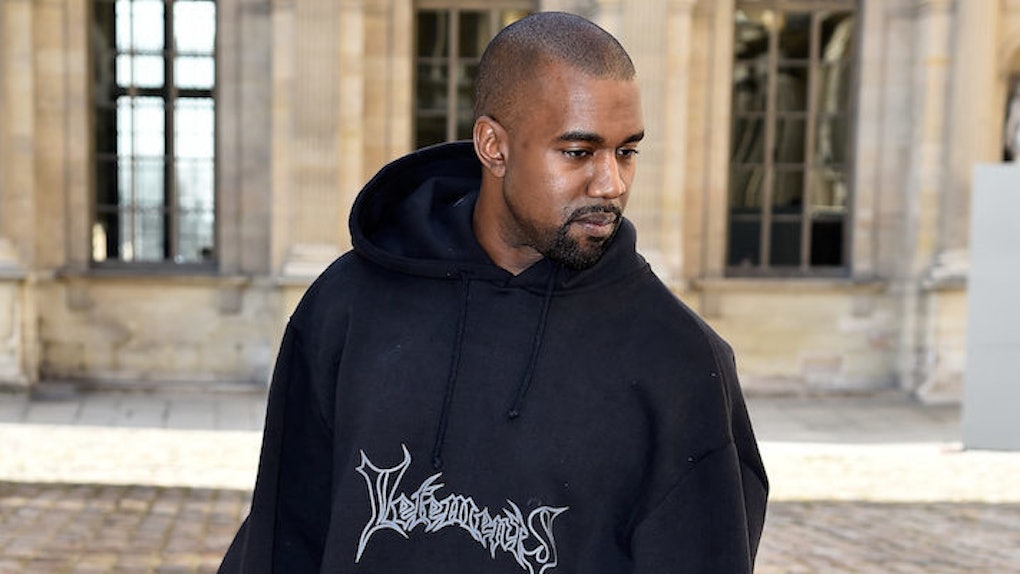 Kanye West Kinda Sort Of Apologized For His Twitter Meltdown

Kanye West has thrown his fair share of public tantrums, but his epic meltdown on Twitter earlier this week easily trumps the rest on the ridiculous scale.

In case you (somehow) missed it, West's tantrum began as a fairly tame spat with rapper Wiz Khalifa and quickly dissolved into a one-sided verbal assault against Khalifa, his career, his ex-wife (and West's ex-girlfriend) Amber Rose, and, rather disgustingly, his child.

West said Khalifa “wouldn't have a child” if it weren't for him, and in one particularly immature tweet, wrote,

Needless to say, people weren't too impressed with 'Ye's behavior. On Friday, the rapper returned to Twitter to offer a half-assed apology for dragging Khalifa's child into the argument:

Sorry, 'Ye, but no amount of apologizing is ever going to erase that knowledge from my mind. Ever.