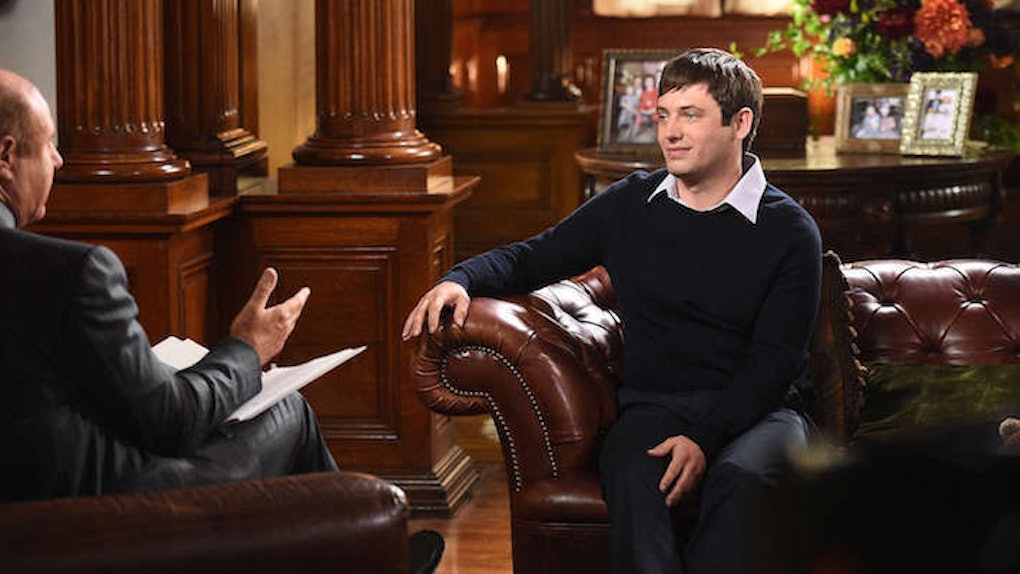 The suit alleges CBS ruined Burke's reputation through "The Case of: JonBenét Ramsey" miniseries by making it seem like he had been responsible for JonBenét's death.

The special, which featured a panel of experts and those familiar with the case, famously reexamined older pieces of evidence from the 20-year-old unsolved mystery as well as new evidence and case information that has since been dug up surrounding that night's events.

In the series, the panel reached the conclusion Burke had accidentally killed JonBenét during an argument over a plate of fruit.

They think the Ramsey parents then went on to cover up the accidental murder to protect their only remaining living child.

It should be noted the findings were purely based on the panel's theories and beliefs surrounding the case.

None of it was ever brought to court for legal due process or has been presented to a judge or jury. According to police, the case remains open to this day, even after thousands of pieces of evidence have been examined relating to JonBenét's death.

The accusation that Burke Ramsey killed his sister was based on a compilation of lies, half-truths, manufactured information, and the intentional omission and avoidance of truthful information about the murder of JonBenét Ramsey.

Burke's team thinks CBS producers went into the show with a preconceived storyline in their heads and bent the evidence to fit that narrative.

In 2008, a prosecutor famously cleared the Ramsey parents and Burke of any wrongdoing, though a district attorney overseeing the case said the exoneration may have been made too soon in light of new evidence.

Additional DNA tests have since been ordered to hopefully drive the investigation further.

This is the second time Burke has taken legal action against the series.

Back in October, he reportedly filed a suit against a forensic pathologist who was featured on the show who claimed Burke had beaten JonBenét to death with a flashlight.

That same pathologist is named in this new case.