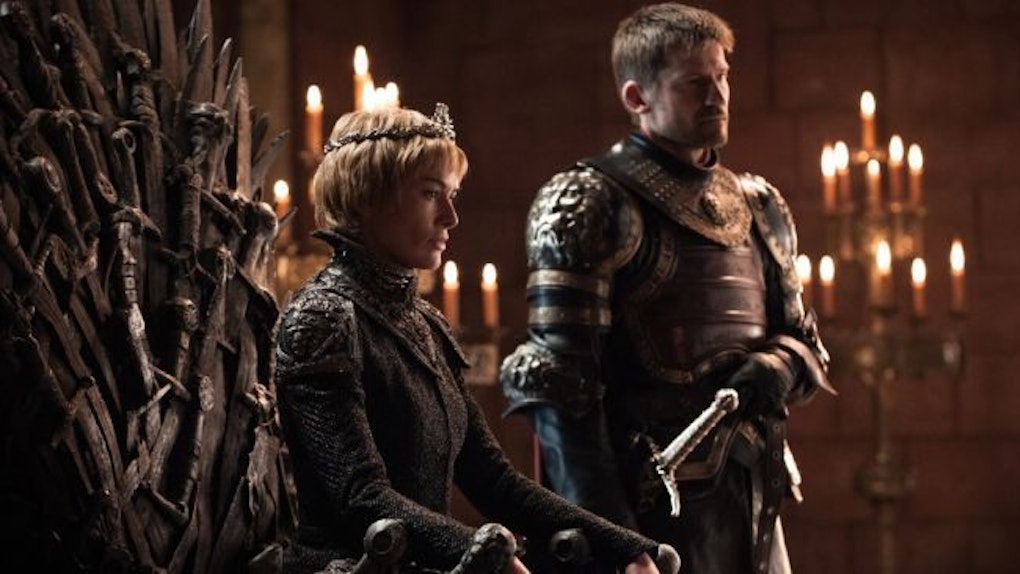 Will Jaime Kill Cersei? This 'Game Of Thrones' Theory Makes An Interesting Point

Are you ready for this Sunday, Game of Thrones fans? Are you ready for whatever crazy twists and turns the Game of Thrones writers have planned for the Season 7 finale? Of course you're not ready. You never could be. There's going to be AN ICE DRAGON, for crying out loud. Still, you can try to feel kinda, sorta ready by arming yourselves with fan theories — like this theory that predicts Jaime will kill Cersei on Game of Thrones.

I know, I know. It sounds far-fetched at first. Jaime Lannister kill Cersei Lannister? Kill his sister/lover and pretty much the only person he seems to care about? Kill the mother of his unborn, incestuous child? But, hear me out. This theory isn't saying that Jaime would kill his sister out of anger, or malice, but rather one of those loving, noble murders. Anyone's who read Of Mice and Men knows what I'm talking about.

The theory comes from Reddit user giantgoose, who laid out some reasoning after Episode 4, "The Spoils of War" (right after Jaime tried and failed to kill Dany, and was saved from death-by-dragon by Bronn). The user wrote,

Jaime (who, let's be real, is obviously not dead) is going to kill Cersei when she refuses to yield King's Landing to Dany, despite the fact that it means that the city will burn. Cersei's always threatened to burn cities to the ground to get what she wants, and if she can't have KL, she doesn't want anyone else to either. Jaime, having seen the damage Drogon wrought, will advise her otherwise, but when she refuses to surrender, he will have no choice but to kill her, as only a monster (as Olenna said) would willingly inflict such suffering on their own people. It is known.

It makes sense when you think about it. After all, Jaime certainly hasn't shied away from killing rulers before. I mean, hello? Kingslayer? That's kind of his thing.

There's also this quote from a New York Times interview with actor Nikolaj Coster-Waldau to consider:

He knows that this is a long-shot. But he also knows that there is no way that they can beat this woman. They cannot beat these dragons.

Jaime knows Cersei can't win, but he also knows she can't be reasoned with. So if she refuses to give up the throne, what choice would he have?

Well, we'll find out next week, when the Season 7 finale of Game of Thrones airs on HBO at 9 p.m EDT.